Nineteen year old Elliot Payne will make the transition into the BRC1 top-flight in 2022, piloting a Ford Fiesta Rally2 .

Payne, son of UK national rallying contender and 2016 BTRDA title-holder Charles, will begin his first assault on the British Rally Championship title having campaigned a Ford Fiesta R5 in the National Rally Title during last season.

Originally intending to kick off last season in a Rally4 Fiesta, Payne launched his BRC career in a four-wheel-drive R5 and would never look back, storming to a maximum points haul in the National Rally Title at the Nicky Grist Stages in July.

Misfortune hampered further top results for the rest of the season but Payne’s pace was unquestionable, taking overall victory at the non-championship Rallynuts Stages in November. And the progressive youngster believes that whilst it will be a development year, he could well have the speed to compete at the top of the BRC1 pack by the end of the season.

“I’ll certainly need to up my pace this year,” says Payne.

“It was competitive in the National category last season so I know that to be fighting at the front of the BRC will mean an increase in speed. The main challenge for me will be to recce correctly and get a solid set of notes under me and that will come with experience.

“Realistically I think it’s a learning year. To learn notes, events and the car but as always we will be pushing hard to get up there though without a doubt. I am looking forward to coming back this year, I think this year my pace will be faster and hopefully will be running at the top of the field. I’d certainly hope we can take a win somewhere along the line!” 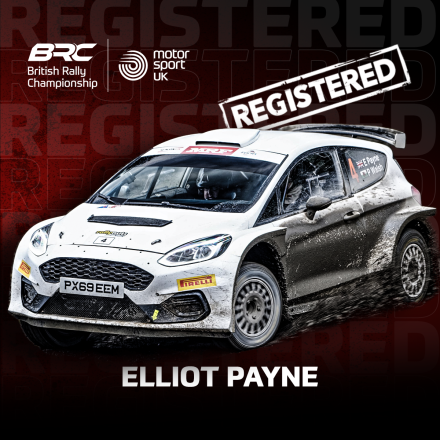