“It’s going to be an interesting year and I`m looking forward to finally getting back out again” says Payne.

“I`ll be mixing my Junior British Rally Championship campaign with hopefully some outings in an R5 throughout the year so I`m heading for Snetterton in that as my first rally of 2021. But to be honest, no matter what car I`m in, I`ll be treating it as a learning year”.

Payne was deeply invested in the J1000 series from the age of 14, with some “good” results under his belt before breaking an ankle in 2019 which put his championship on hold. The acquisition of a Fiesta R2T in 2020 and some driver coaching from two-time BRC champ Matt Edwards so him head into the gravel of the BTRDA series before the pandemic offered little chance of competitive events behind the wheel.

But when he was able to compete, the result sheets were impressive with a class win on the Malcolm Wilson Rally, second in class at the M-Sport Return to Rally Stages and the Dukeries rally. The best was yet to come, with an astonishing second overall on only his fourth gravel event at Rali Adfer Coedwigoedd Cymru.

But Payne is eager to get across this season is all about experience.

“I need more grounding on gravel events and this really will be a steep learning curve for me. I need to get used to the car on gravel and see what the pace is like on the first few and pick it up from there. I`d like to think I`ll be somewhere close but the big push will come next year. For now, top five would be the aim”. 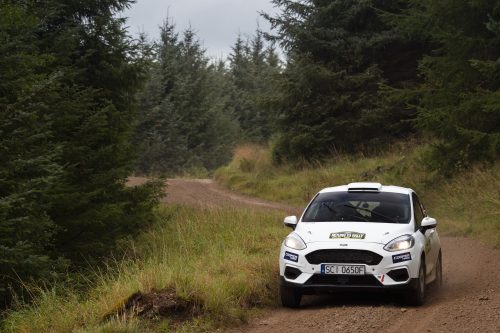