One of the largest Motorsport UK British Rally Championship entries in recent times will head for the picturesque Oulton Park this Bank Holiday Monday for the opening round of the 2021 season, the Neil Howard Stages in assoc. with Graham Coffey & Co. Solicitors (31 May).

The packed entry list will contain over 45 British Rally Championship contenders, all eager to open their account in fine style at the exciting new inclusion to the BRC tour, held entirely on a race circuit for the first time in its 63 year history.

In one of the most eagerly awaiting starts to the season, no less than 15 top-flight BRC1 crews in a variety of Rally2 machinery will line-up to do battle over the 56-mile – eight-stage event, with a further 13 Motorsport UK National Rally Champion title contenders throwing their hat into the ring for glory on the season starter.

Added to the four-wheel-drive heavy hitters, a dynamic and impressive line-up of ultra-rapid Junior and Academy drivers will kick-start their season at the Cheshire circuit, with a chance of winning a prize drive in a round of the 2022 FIA World Rally Championship, behind the wheel of a Hyundai Motorsport Customer Racing i20 N Rally2.

Leading the BRC field away will be two-time British Rally Champion Matt Edwards, aiming to make history by taking a third title in a row, a feat never achieved in the championship’s history. Co-driven by Darren Garrod, the pairing have swapped their usual Ford marque for a Volkswagen Polo GTi in their 2021 campaign and have a swathe of rapid drivers aiming to spoil his record book attempt.

Rhys Yates returns to the BRC in his familiar Ford Fiesta Rally2, heading up a two-car M-Sport team, and fresh from a win at Snetterton earlier this month. The Chesterfield ace is eager to secure his maiden BRC event win and outright title and will be ably assisted in the co-drivers seat by James Morgan. Teammates and BRC newcomers Seb Perez and Gary McElhinney also pilot an M-Sport Ford Fiesta Rally2 example.

Series newcomer Frank Bird will dovetail his GT World Challenge commitments with a BRC assault. Driving a Fiesta Rally2, his and co-driver Jack Morton’s circuit rally experience will put them in good stead for the season opener.

Welshman Osian Pryce is arguably one of the most experienced BRC competitors on the tour and makes his bid for glory in a Volkswagen Polo GTi. With Noel O’ Sullivan on the notes, the pairing will be looking for that elusive BRC silverware this season.

Josh Moffett and Andy Hayes lead a hugely impressive Irish contingent, all making the trip to this year’s BRC with the aim of taking the prestigious trophy back across the Irish Sea. Josh pilots a Hyundai i20 R5 whilst brother Sam and co-driver Keith Moriarty opt for the Ford Fiesta Rally2 for their campaign.

Garry Jennings makes his first foray into the BRC since the front-wheel-drive era in 2003 and heads up the National Rally Champion charge in his right-hand-drive Fiesta. Making the switch from his usual WRC machinery, Jennings has elected to “come to the BRC for the craic” but will undoubtedly be gunning for the National title this season.

Ollie Mellors and Max Freeman make a welcome return to the series, bringing the impressive Proton Iriz after a solid start to their 2020 campaign before COVID halted proceedings. Mellors has plenty of circuit experience in the Iriz but such is the quality of the entry, will wear number 11 on the door of the Malaysian machine.

Returnee’s to the series in BRC1 include Desi and Niall Henry, James Wilson and Joe McGonigle with the WRC cars represented by Stephen Petch and Thomas Preston in the National category.

Two-time Junior BRC runner up and Junior World Rally Championship contender William Creighton heads to Oulton fresh from an impressive run at WRC Portugal last weekend. Driving a Fiesta Rally4, the Moira man and co-driver Liam Regan are one of the most experienced in the category, but face stiff opposition from a whopping 16 other future stars.

Scotland’s Finlay Retson was one of the first drivers in the UK to acquire a Rally4 Fiesta and will be putting that seat time and experience to good use with Rhys Stoneman alongside after a season of highs and lows in 2019.

Ruari Bell is another Junior WRC driver to return to the BRC and his experience on the world tour puts him well upfront of the battle to top honours. New co-driver Gareth Parry sits alongside in the similar Fiesta.

Irishman David Kelly makes his Junior BRC return after an impressive performance in the category at last year’s Cambrian Rally, securing a podium spot on the gravel in Wales. Dean O’Sullivan occupies the right-hand seat this season.

Fellow Emerald Isle driver Brian Brady also makes a BRC return in similar machinery with Eamonn Creedon on the notes. Like Kelly, Brady was present at last year’s Cambrian but suffered an off during the day and will aim to re-kindle the pace he had before retiring.

The Academy Trophy caters for those under 25 in the older specification front-wheel-drive categories with limited BRC experience and offers a prize fund of £6,000 in free entries to the 2022 Junior BRC for the winner. Fraser Anderson makes his British Championship debut in a Fiesta whilst Jonnie Mulholland makes a very welcome return to the series after tackling the Cadet pre-cursor in 2018.

You can follow the event throughout the day with news, updates and gossip from the service area, broadcast across the BRC social channels. 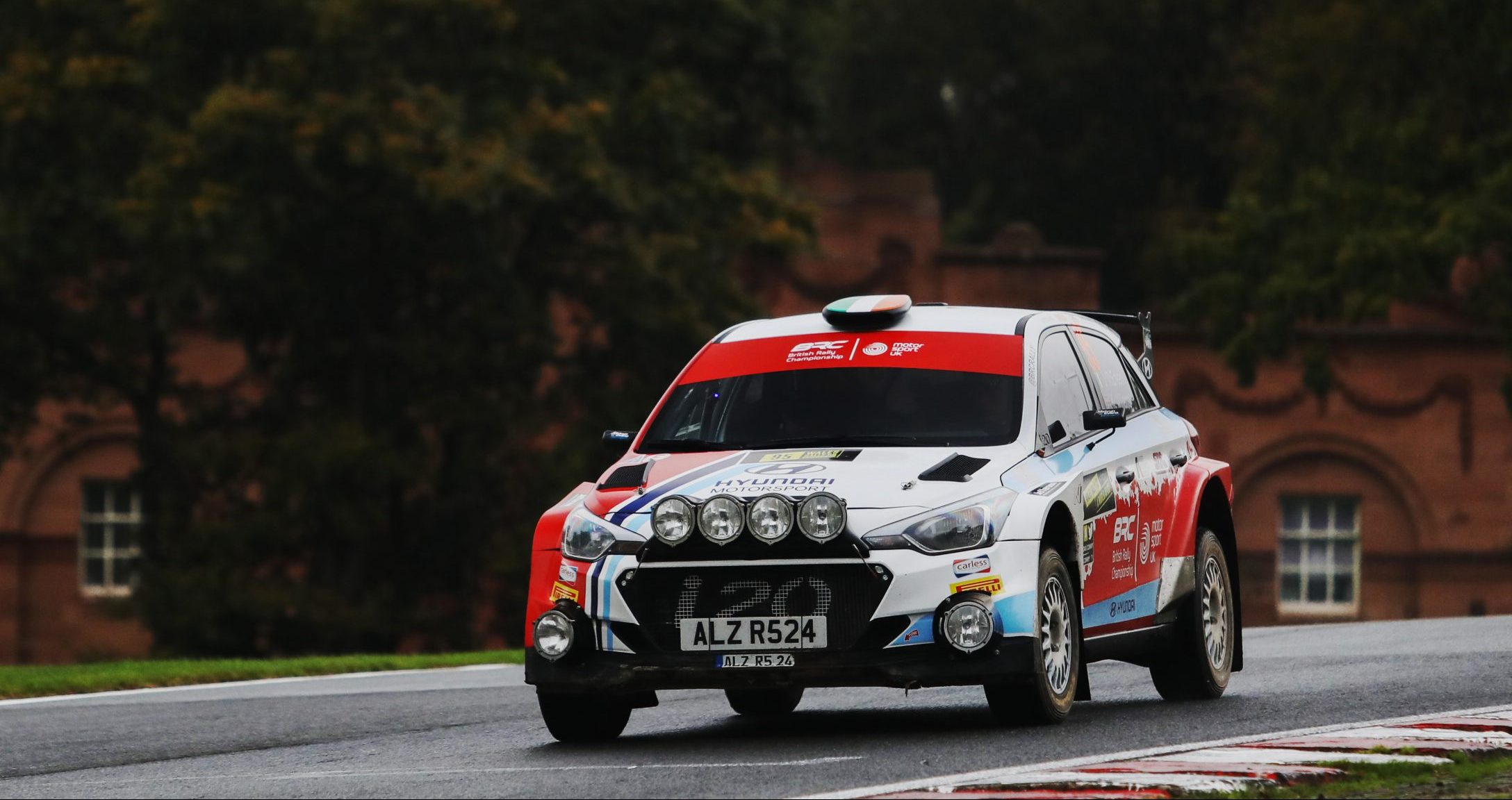