Joining a bumper list of registrations in 2021, Henry and co-driver Damien Duffin will contest the championship after spending much of his competitive career contesting events on both sides of the Irish Sea in a variety of machinery.

Now, Henry will set his sights on the BRC title and is looking forward to a full campaign on the series, swapping his previous Citroen DS3 R5 for an ex-Jonny Greer machine.

“The DS3 R5 was a very good car and we had some great results in it but it was time for a change,” he says.

“I’m pretty happy with it although we have only done one rally in the car which was the Cambrian Rally last year. We hit the same rock that loads of others did on the third stage so we haven’t had much mileage in it yet. We had a little test at the Oulton Park track day last week and it felt really good so the signs are positive”.

Henry has a vast and successful career but has signed up to the BRC for the first time, with the new look to the series a huge draw.

“The calendar is really good and fits in with my work plans. It’s a compact calendar with some great quality forest events which really appeal to me and the atmosphere is great in the BRC.

I prefer the gravel really, but I’m looking forward to the first round and I think we may see a few surprise names towards the front. It will level the playing field and my aim is to keep pushing, keep consistent and get some positive results. A lot of us have been out of the car for over a year but I`m used to these kinds of single venue events so we will see what happens”. 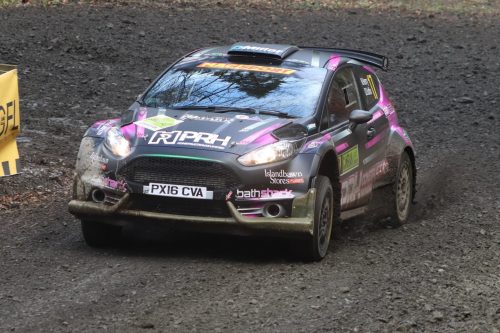