The six-round series will join up with the other British Rally Championship contenders as the championship visits England, Scotland, Wales, Northern Ireland, Republic of Ireland and Belgium. Teams will be able to undertake a recce before each round, allowing them to develop their pace notes and preparation before each unique challenge on the calendar.

“We have worked long and hard to establish this Motorsport UK title and we think this provides an attractive offering to those crews who want to join the series, but do not have a FIA Homologated car. This now means drivers with any rally car can come and play on some fantastic roads. Crews will experience longer and more challenging events in perhaps new surroundings, with Wales Rally GB stages at the start, iconic Belgian lanes in the summer through to the picturesque Scottish forests at the end of the year – there is something for everyone.”

The opening round of the British Rally Championship will be the Visit Conwy Cambrian Rally (8 February). The Motorsport UK National Rally Champion title will only be eligible if a minimum of five drivers register and compete on at least three rounds of the championship in 2020.

Registrations for the British Rally Championship are now open here

Entries for the 2020 are now open here and more details can be found at www.cambrianrally.co.uk 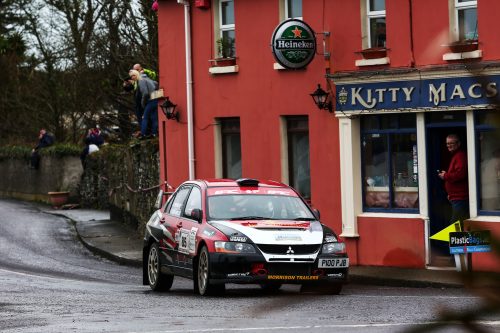