The prestigious British Rally Championship will return in 2021 with a revised calendar of events after a radical overhaul from the originally planned schedule.

With ongoing restrictions forcing a change to the provisional programme set out last December, the first three qualifiers, the Circuit of Ireland Rally, Corbeau Seats Tendring and Clacton Rally and Beatson’s Building Supplies Jim Clark Rally were forced to cancel.

But the re-formatted BRC will now start in July with six challenging events across the four home nations, before closing out the season in November. Four gravel and two asphalt events will make up a compact yet thrilling 2021 season, offering a formidable mix of events.

The Nicky Grist Stages will become the opening round of the championship, with a one-day blast across classic Welsh forest stages from its Builth Wells home providing the perfect backdrop to kick-start the series.

Originally announced as a qualifier back in December, the “Grist” hasn’t appeared on the BRC tour since 2017 but is a firm favourite for many championship protagonists.

In a first for the BRC line-up, crews will make the trip to Kincardineshire in North East Scotland for the Grampian Forest Rally. Ultra-fast and flowing stages will provide crews with a new challenge and offers up a perfect leveller to the 2021 championship in August.

Trackrod Rally Yorkshire makes a welcome return to the calendar in September, offering flat-out Dalby Forest tests both under the cover of darkness on and in daylight. Last seen on the BRC roster in 2013, the English forests are renowned for throwing up a few surprises.

One of the most popular stage events in the UK steps into the fold in early October, as the Beatson’s Building Supplies Mull Rally hosts a spectacular weekend of closed road rallying on the Isle of Mull. Arguably the toughest challenge in rallying, the island event houses a unique format with much of the competitive mileage in the dark, offering an additional challenge to crews and worthy of inclusion of the BRC tour.

Opening the series during the past two years, the Visit Conwy Cambrian Rally switches to an October date in 2021, providing imposing forest stages made famous by Wales Rally GB from its base in Llandudno.

The final round of the 2021 British Championship will be played out across the infamous and tricky closed-public roads of Northern Ireland at the Today’s Ulster Rally. In a shift from its traditional August date, the unpredictable climate in the North Channel will provide a dynamic twist on the BRC curtain call as the battle for the title could well be played out on icy stages this November.

“It’s been an extremely tough time for all forms of motorsport over the past 12 months or so and the British Rally Championship hasn’t escaped the challenges caused by the pandemic. But we have been working very hard behind the scenes to create a calendar worthy of the British Championship title and I truly believe we have come up with an exciting, challenging yet cost-effective offering for our BRC top-flight, Juniors and National competitors.

Of course, we were disappointed to lose the opening three rounds of the planned 2021 calendar and we were eager to ensure we could still provide a six-round series that encompassed both gravel and asphalt surfaces, as well as each event having a unique format and style.

I’d like to thank all of the events in the calendar that have worked with us and it goes without saying that we are all looking forward to finally getting the season underway in Builth Wells in July.” 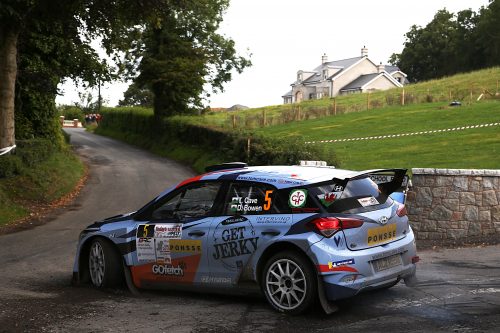