The British Rally Championship will launch a new BRC Academy Trophy for 2020, offering drivers under the age of 25 the chance to contest the same six-round series as the stars in the top-flight and Junior BRC.

With the JBRC the perfect stepping stone into the FIA Junior World Rally Championship, the BRC Academy will sit below and offer the first step on the BRC ladder – providing the home for older generation front-wheel-drive R2 cars from Citroen, Ford, Opel, Peugeot and Skoda. Intense competition throughout the season is expected from the stars of tomorrow, with the eventual winner being crowned a British Champion –  and with it, free entries into every BRC round in 2021.

Furthermore, those competing in this class will also have another incentive as the highest placed driver at the end of the season will win a fully subsidised drive on the Wales Rally GB National Rally in a state-of-the-art Ford Fiesta R2T courtesy of EDSL Sport.

“There has always been a fantastic ladder of progression opportunity from M-Sport throughout the decades and they have always been a supporter of talented youngsters in the sport. It’s only natural that EDSL Sport continues that ethos and look to assist the next generation of drivers. The BRC Academy Trophy is a great place for those eager to develop their careers, to hone their skills.

“You only have to look at the likes of Gus Greesmith and Elfyn Evans who have both followed M-Sport’s path into the WRC, so we are delighted to be able to offer the Academy winner the chance to sample the latest generation of Ford Fiesta R2T’s on the iconic World Rally Championship qualifier – Wales Rally GB.”

“The British Rally Championship is renowned the world over for its support of progressive Junior drivers and the Junior BRC has produced some exceptional talent over the years.

“With the switch to a single make formula for the Junior BRC in 2020, we had been looking at a way of allowing those youngsters with older generation R2 examples the opportunity to be part of the BRC and thanks to EDSL Sport’s superb prize offer, the BRC Academy Trophy package is a natural fit for the series. We look forward to welcoming crews to the opening round in Llandudno in February 2020”. 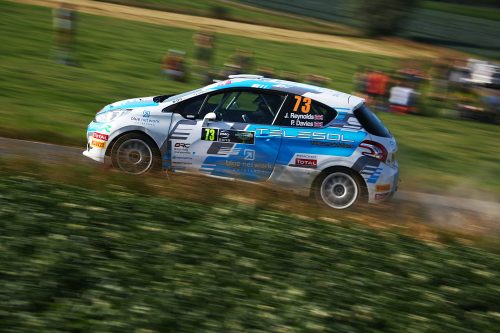