National Rally Championship welcomes all to the BRC

The platform offers all vehicles with a Motorsport UK Vehicle Passport along with pre-2016 WRC cars, the opportunity to compete against the BRC top-flight and vie for a recognised title in the process.

The Motorsport UK National Rally Champion will also host R5 category vehicles converted to right-hand-drive, offering close competition for those who wish to be part of the BRC tour in 2021.

The series offers a four-gravel, three asphalt rally calendar, visiting each of the home-nations from July to November. With pre-event reconnaissance available and inclusion in the media output from the British Rally Championship, the National Rally title offers a perfect alternative for those seeking new challenges.

“We are delighted to return with the Motorsport UK National Rally title in 2021 and offer everyone the chance to join the British Rally Championship tour for yet another exciting season.

We welcome any car in the series and world rally cars up to 2016, so it effectively is open to everyone from 1400 screamers to those with right-hand-drive R5 examples that are not homologated.  Competitors will be able to sample pre-event recce, as well as a superb mix of events and surfaces this year, each of which offer a unique characteristic and challenges. It really is a welcome-all British Championship and we are looking forward to welcoming new and old crews to the series this year.

The Motorsport UK National Rally Champion title will only be eligible if a minimum of five drivers register and compete on at least three rounds of the championship in 2021.

Regulations are now available for the 2021 British Rally Championship {HERE}

To announce your plans or discuss the season further, do contact the team at brc@motorsportuk.org 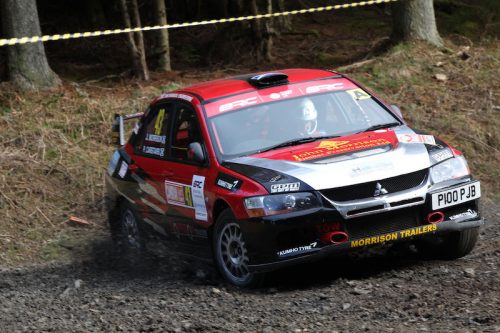