Nabila powers to podium in Portugal

Tejpar, from Maldon in Essex manged to pick her way carefully around the rutted, rocky and extreme stages to ensure she could record a finish in the opening round of the season which kicked off at the sixth round of the FIA World Rally Championship near Porto in Portugal.Co-driven by Richard Bliss, the 24-year-old driver would contest only her second ever WRC event and the notorious rally is dubbed as one of the toughest on the World tour.  With stages that claimed many experienced drivers thanks to its unforgiving nature, Tejpar stayed out of trouble to ensure she could cross the Peugeot Sport Cup finish on Friday night.

Not content with her superb result, Tejpar also elected to continue in the Portuguese National Rally Championship event which offered a further three stages on Saturday. Once again, a mature drive saw Tejpar take her first European podium by finishing second in class and seventh overall.

The opening round of the Cup would see 21 identical Peugeot 208 R2’s compete over the opening nine stages of the World Rally Championship qualifier. With some of the best rally drivers in the world contesting the stages beforehand, the surface would inevitably be deeply rutted and unpredictable for the Peugeot crews who would follow behind.

A successful pre-event test allowed Tejpar to acclimatise back into the 208 before a head-to-head spectator stage around the Lousdada RallyCross Circuit kicked off the event on Thursday night. Tejpar was paired with fellow Brit Cameron Davies at the circuit but lost out to the Welshman on times. 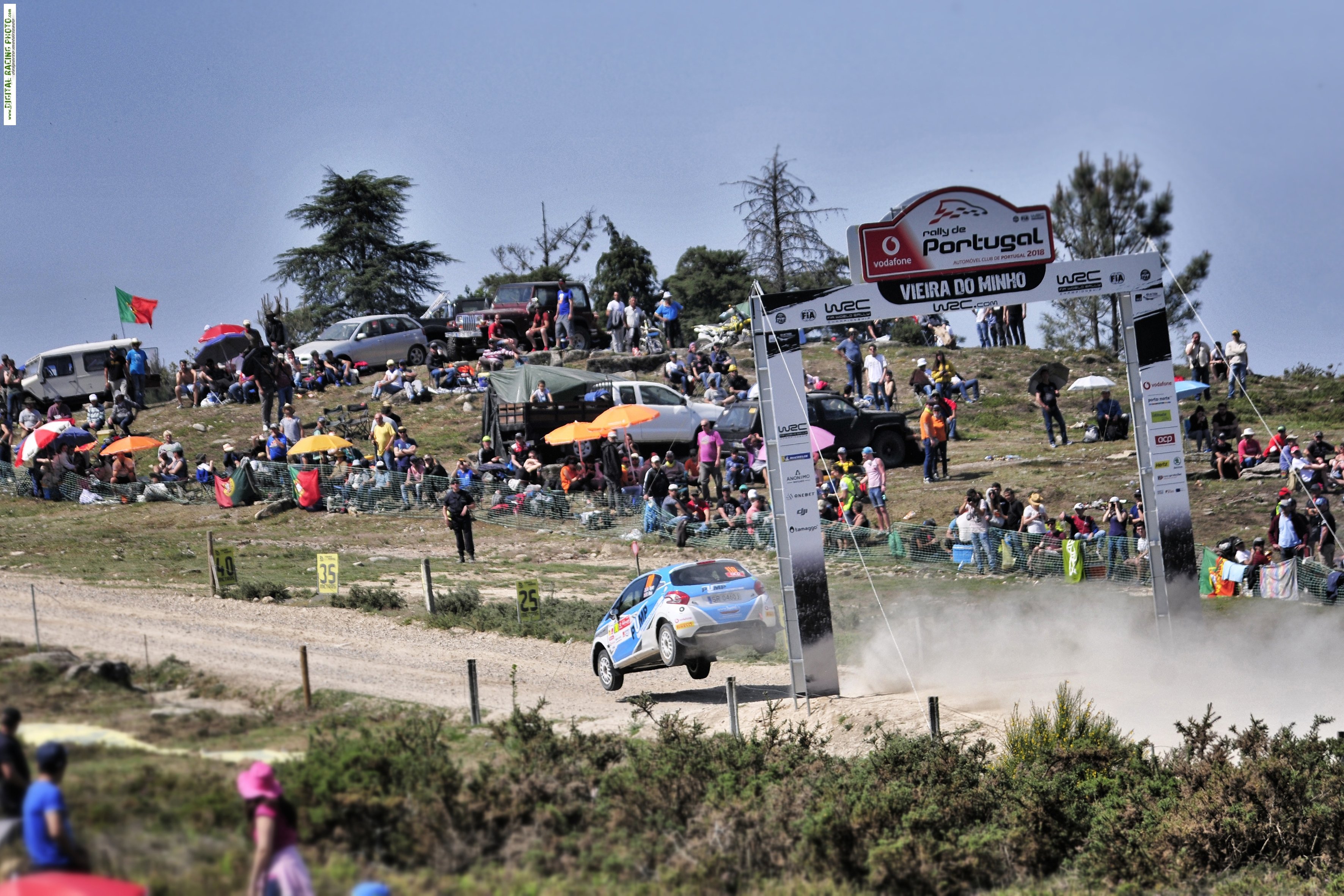 The rally proper consisted of eight stages, with monstrous 18km and 26km tests to contend with before finishing off with another spectator stage in the town centre of Porto on Friday. In a rally of attrition, Tejpar knew that staying out of trouble would be more important than ever and elected to focus on a solid finish rather than stage times.

Her plan worked, having braved each of the days stages without a puncture, she crossed the Iberica Cup finish ramp in 11th spot.

“Wow, what an amazing experience and I’m overjoyed and a little relieved to have finished the first round of the Peugeot Rallye Cup Iberica without any problems” said Tejpar.

“It’s undoubtedly the hardest rally I have ever done, and the conditions out there were simply like nothing I’ve ever experienced but I elected to drive with my head and I knew how important it was to ensure I get a finish for the first round of the season. Huge thanks must go to Rich (Bliss) for keeping me on the stages and to PT Racing for a perfect car. There are some big names ahead of me that didn’t make it to the end so it’s an important result”. 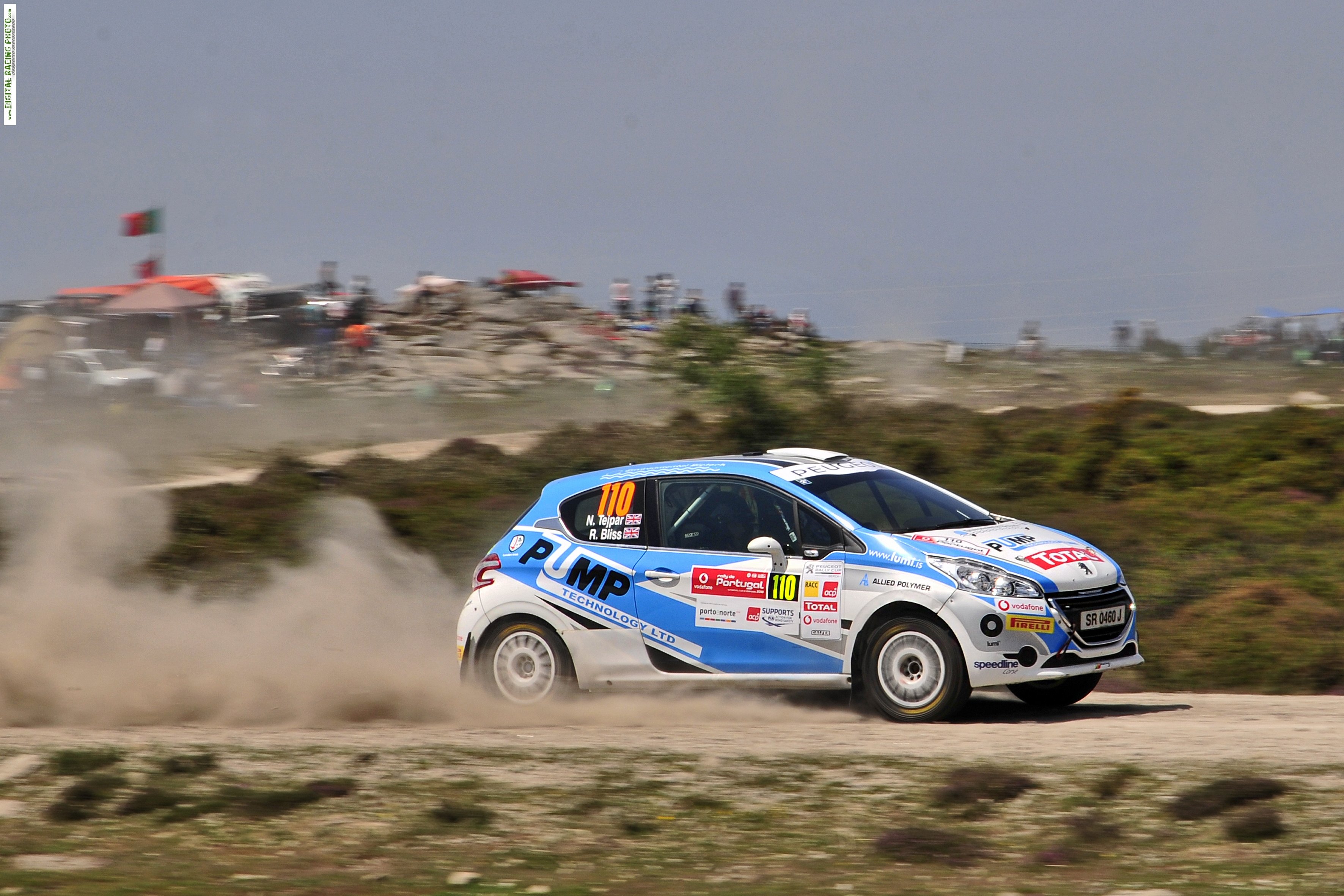 Tejpar then elected to continue on Saturday to gain additional mileage in the car which proved equally as prosperous.

“We had the option of carrying on in the Portuguese National Rally Championship for three more stages, so we went for it” she says.

“A class podium rounded off the weekend and I’m really pleased with how my pace has progressed over the last few days. There is still a way to go but I’m narrowing the gap to my rivals with each stage and that’s the most important part. I’m dealing with new experiences with each event and competing here takes a lot of learning, but overall we have exceeded expectations this weekend, so its mission accomplished.”

Tejpar will now turn her attentions back to the Prestone MSA British Rally Championship which makes a guest appearance in Belgium for the Ypres Rally. She will embark on her first outing in the series in 2018 at the two-day event which utilises the closed public roads around the Ypres region. 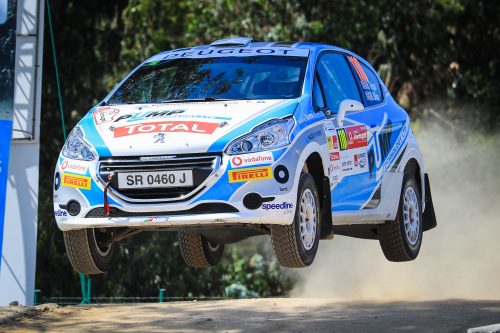