Nabila gears up for BRC return

Nabila Tejpar will return to the Prestone MSA British Rally Championship in 2017 in the Cadet Cup with new co-driver Charley Sayer-Payne calling the notes in a Ford Fiesta R2.

Tejpar is the latest MH Motorsport driver to confirm their plan ahead of the exciting new season and is eager to progress further after a challenging first season in Britain’s premier rallying series.

“2016 was a great learning year. I sat on the start line in mid wales, so incredibly nervous but after the first event and as the year went on, the confidence grew. I learnt so much more doing the BRC compared to other series. I got to undertake a reece before every rally, enter longer events and challenge myself on every surface. It was going really well and then the Scottish happened.”

On the opening stage of the Scottish Rally, Nabila slid wide and rolled the Fiesta –an accident that put the Ford driver on the sidelines for two months.

“I wanted to get back in the car sooner but I wasn’t medically allowed to return until the Ulster. I hadn’t been out on gravel until the Red Kite earlier this year. It was good to get back into the swing of things but annoyingly the clutch went so we sadly didn’t finish. But we did get some vital miles in before the problem.”

Nabila has been working hard ahead of the new season as she gears up for her second year in the British Rally Championship. Training in Sweden has helped keep the MH Motorsport star sharp in the closed season.

“We went to Sweden for some driving and training and that went really well and I learnt loads which I can put back into my BRC campaign. After driving on ice and snow, I find there is a lot more grip on the gravel now and my confidence has improved further after the group MH Motorsport test last weekend as well.

“I am looking forward to the Cadet Cup challenge. I would like to say I want to progress further but I don’t know what the competition will be like as there are so many unknowns. I think we will have to wait until the first round.”

Joining Nabila on her BRC adventure is new co-driver Charley Sayer-Payne who is a part of the MSA Academy, supported by Nicky Grist. With the addition of Sayer-Payne, Tejpar feels she has all the ingredients for the year ahead.

“Charley is really good and we get on really well so it is nice to have a consistent co-driver for the year which will help with the progression further. I also love being a part of MH Motorsport. They put so much effort into everything they do because they want to see us succeed and do well.

Looking at the year ahead, Nabila couldn’t pin point one thing as the prospect of rallying on Britain’s best stages once again was enough.

“All of the rounds look great but Ypres will be really interesting. However, my love of gravel has returned and I think I am looking forward to those rounds the most as it has always been my favourite surface.

“The BRC was a why not last year. We could have done smaller events but we jumped into the deep end and don’t regret it for one moment. It’s a great series and I want to progress further in 2017. I have no targets other than to enjoy it and get some good results this year.” 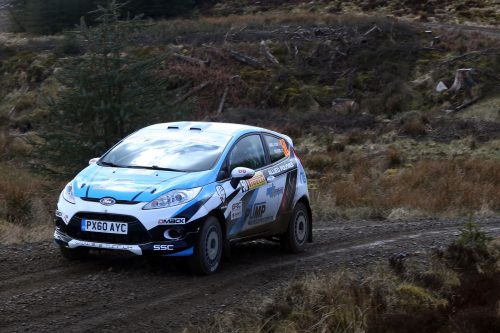