Mulholland and co-driver Jeff Case will tackle Britain’s premier rallying series in a Ford Fiesta R2 as the Irish duo hope to challenge for the title on the British and Belgian stages. This year will mark the second full season for Mulholland as the former circuit racer steps up to the BRC.

“I used to do circuit racing before I started rallying properly last year and I think we did well in the Irish forestry championship last year. We wanted to take the next step and the BRC is ‘the’ place to be and is the right move for us.

There has been a great deal of Irish success in the past few years and I would love to follow in the foot steps of William Creighton and Callum Devine.”

After a few outings in the iconic Top Gear Hyundai i20, Johnnie swapped to the Fiesta R2 to progress his rallying career.

“We acquired the Fiesta halfway through 2016 and have used it in Irish Forestry Championship. Last year, we were second in the Juniors and would have loved to have done better but mechanical problems meant we didn’t do as well as we had hoped.“

Son of Ulster Rally sponsor John Mulholland, Johnnie is fired up ahead of his first season in the BRC as he prepares to fight for supremacy on all seven rounds of the series. Despite treating it as a development year, Mulholland with be eager to shine in the latter part of the season.

“I am here this year to primarily get the experience, first and foremost. Once we have miles under our belts we can then judge ourselves, but finishing the events will be very important to do well in the series. If a chance comes then we want to go for it.

“I want to learn the rallies this year to build for 2019 and I cannot wait to get started. I am looking forward to the Tarmac events as I haven’t done many rallies on the asphalt. To compete at home will be extra special some of the stages are just five minutes from my house. My Dad is also doing the event, so that will make it extra special for us.” 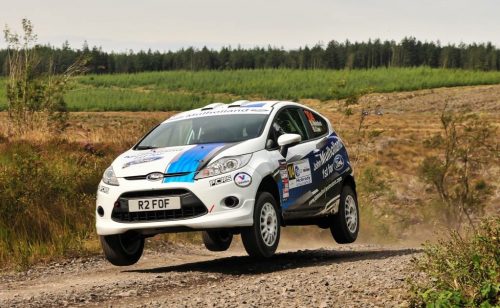