Three-time British Rally Championship National Cup winner John Morrison will return to the BRC in 2021 armed with a new car, swapping his Mitsubishi Evo IX for a Ford Fiesta R5.

The triple champion Scottish driver has been a long-time supporter of the National Cup, enjoying the longer events and challenges of a pre-event recce to get his rallying fix. Along with co-driver Peter Carstairs, Morrison will contest the re-named Motorsport UK National Rally Championship this season and with new machinery at his disposal.

“We had been talking about upgrading the Mitsubishi for a while now but I had convinced myself that an R5 was a young man’s car and I wouldn’t get on with it” quips Morrison.

“The lad in the team convinced me to go and try one so I went to [Dommy] Buckley’s for a test and I was blown away, it was like putting on a glove. The braking and suspension were phenomenal and I knew I had to have one, it’s like a go-kart and does everything I want it to. It’s got a bigger restrictor so we will be running in the National series again”.

Morrison has the enviable stat of finishing every BRC rally contested in the ageing Mitsubishi from 2017 onwards but is eager to get stuck into the new-look British calendar this season.

“It sounds like the National Cup is popular this year so maybe I won’t have it all my way, especially with trying to learn a new car. There are lots to adjust and change so it will take a while to get used and get some miles under my belt. Oulton Park [round one of the BRC] is not my usual cup of tea but it will be a good testbed for me and the car.

“Mull is the one I`m looking forward to. It’s a proper marathon event which is what I enjoy and it’s an event that isn’t always about speed. There is so much to think about there and I’m keen to see what the Fiesta will be like on the island”. 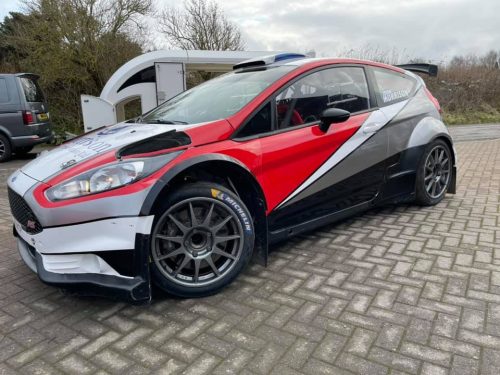