Welshman James Morgan performed a virtual masterclass over the past few months, as he wrapped-up the PCSpecialist BRC Esports Invitational series by winning four rounds from four on DiRT Rally 2.0 by Codemasters.

The Aberdare-based co-driver who sits alongside British Rally Championship and World Rally Championship driver Rhys Yates, made light work of the four-round online competition as he added the Scotland win to his clean sweep in Britain’s premier rallying Esports series, which is also supported by AMD.

Morgan only needed at handful of points from the championship finale to seal the title and the unforgiving treacherous stages where not going to make it easy for him. James didn’t have it his own way. On opening night, the Mitsubishi Mirage driver was trying too hard and spun several times – a sign of the pressure perhaps, as he trailed double British Rally Champion Matt Edwards by 1.9 seconds going into the overnight halt.

The first day, ding-dong battle would rumble on, as the final two stages of the event were to be just as close. Morgan woke up in an inspired mood and reduced the gap down to just two tenths of a second with a stage to go. The championship leader threw everything at his clean sweep assault – and it showed, as his stage three run incidentally was to be a world record on DiRT Rally 2.0 – taking the record-breaking honour from Edwards just a few minutes later.

The final stage would see another nip-and-tuck battle between Edwards and Morgan, but a late surge from the champion-elect would see him cross the line 4.3 seconds in the green to seal his fourth win and the overall title. Matt Edwards had to settle for second in Scotland, but that result would see him finish third in the overall standings.

James Morgan said: “I am over the moon with that result, four from four – absolutely delighted. I only had to pick up a few points to win the championship, so the pressure was off a little which meant I could relax and enjoy these stages. Scotland on DiRT Rally 2.0 is so demanding and deserves a great deal of respect, but when you get the stages right they are amazing. I am made a few errors on the first night and on the second it was good to have the scrap with Matt [Edwards]. I would like to thank the BRC for putting it all on, it was a great way to pass the time in lockdown and hopefully we will see more BRC Esports competitions in the future.”

Meanwhile, two of the young British Rally Championship protagonists enjoyed a fight for the final rostrum spot. It would be James Williams who would clinch third by 5.3 seconds from Josh McErlean. The latter was the one who did enough to finish closest to Morgan in the standings as the Irishman finished fourth on the event, while Richard Crozier who was using Italian pacenotes this round would round out the top five on the leaderboard and in the points standings.

At the same time, members of the public are taking part in the Motorsport UK eBRC – the first ever British Esports Championship to be affiliated with the governing body for British motorsport. Open to members of Motorsport UK, the four-round series follows the Invitational events – using the same stages and same weather conditions. Every driver will use the Ford Fiesta R2T in the game and the winner will be crowned a British Champion and will receive a test in a real-life version of the car – courtesy of front-running BRC team, EDSL Sport. Already an intense battle is brewing with multiple drivers all with a mathematical chance of winning the prize.

For those who missed the action from the fourth and final round of the PCSpecialist Invitational can watch it back on the British Rally Championship Facebook page and Motorsport UK YouTube channel. Those wanting to upgrade their own gaming set-up can do so by visiting pcspecialist.co.uk and using the discount code: EBRC

BRC Championship Manager Iain Campbell said:
“Congratulations to James Morgan, we have run out of superlatives to describe his performances. After the first night, we did think there was a chink in the armour, but once again he paved the way. We have thoroughly enjoyed this competition with our partners PCSpecialist and AMD. Esports as a discipline is growing all the time and I think what we achieved in a short space of time with this series has really turned some heads. We have had over 400,000 views and to have people watching around the world is exciting to see, as we continue to take the BRC to new audiences.” 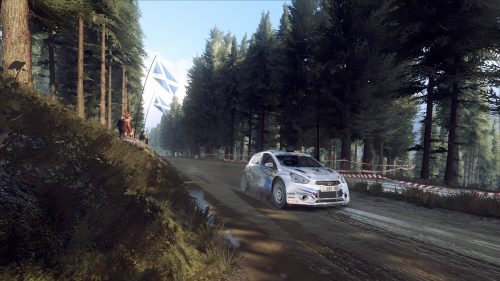