Michelin Tyres to make a BRC return for 2016

Tyre manufacturer Michelin will enter the British Rally Championship next year and is in talks with multiple teams about a potential line-up.

Micheline motorsport manager for the UK and Ireland, Tim Hoare, is ready to jump at the open format, after Pirelli supplied the series exclusively from 2007-2014.

“For years the British Rally Championship’s been a Pirelli lockout,” said Hoare. “We’ve been stood at the window of the restaurant with our noses against the glass but we couldn’t join in and dine!”

The BRC will allow for 12 tyres for gravel events and 16 for tarmac, with teams and drivers able to choose whichever brand suits them best. “The format suits us fine,” added Hoare. “I’m just talking to three teams” we’re just trying to hammer out deals. One hundred percent we’ll be involved. I’ve been given a budget and the only question is where to spend it.”

The move follows a grassroots focus from Michelin to access national rallying as they look to compete with the likes of Pirelli and DMACK, after some time out of the sector. Michelin ended most of it’s national rallying commitments when it began supplying tyres for F1 in 2001. 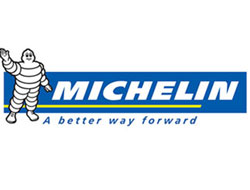