If a BRC1 driver goes on to win prestigious BRC title whilst using Michelin tyres throughout the season, they will be offered four free tyres on each round of the 2023 European Rally Championship, meaning a potential 32 tyres are up for grabs.

Should the 2022 Michelin-shod BRC champion be under 28 years old on 31 December 2023, they will also be eligible for the ERC-MICHELIN Talent Factory incentive, which could add the opportunity to win a further 32 free tyres, enough to cover their needs for the final two rounds of the ERC [maximum allocation per round is 16].

“Michelin Motorsport is delighted to be able to offer additional future support for the British Rally Champion if they are looking to progress into Europe next season,” he says.

“It’s a substantial tyre package and Michelin has always been supportive of talented drivers throughout the decades. As well as the ERC-MICHELIN Talent Factory tyre offer, this bolsters the incentive and means we will be alongside to help them make that leap and substantially reduce the costs associated with contesting a world-class championship”

Osian Pryce and Rhys Yates were among the BRC1 candidates using Michelin last season, with Pryce taking his Volkswagen Polo GTi R5 to runner up spot after a scintillating battle with teammate Matt Edwards all season long. 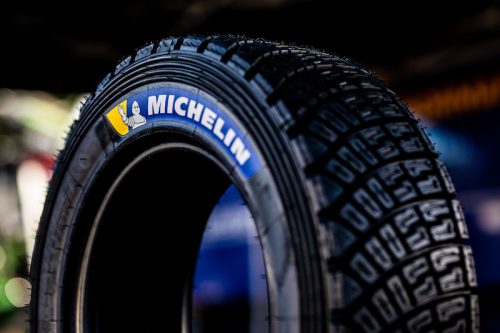