21-year-old Meirion Evans will return to the Prestone MSA British Rally Championship in 2017 with a renewed attack on the Junior title.

Following a difficult 2016, Meirion will make the move to a Peugeot 208 R2 for the new season. The front-wheel-drive machine will be run by Melvyn Evans Motorsport, the multi-national title winning team.

Joining Evans for a fourth season will be co-driver Jonathan Jackson. A busy schedule over the winter break has meant Meirion and 27-year-old Jackson have worked hard to remain ‘match-fit’ ahead of what is set to be another competitive season in 2017.

“We had a few options on the table for the 2017 season”, said Evans. “After last year I had to ensure that I did what was right for myself. There were a few things I wasn’t happy with and thankfully we’ve moved away from them and are now fully focused on the year ahead. The move to an open tyre formula is a bold one from the organisers, but its one I’ve fully supported from the first time it was mentioned to me. I haven’t driven the 208 much but the early impressions are quite impressive. We’ve built a great relationship with R&R-the UK’s Peugeot and Citroen retailer over the past couple of years from my time with Citroen, so for us it made sense to go for the Peugeot .”

The Junior British Rally Championship crews are set to compete over seven highly competitive rounds including a trip to Belgium for the Ypres Rally in June, a challenge Jackson is relishing;

“To have the opportunity to return to the BRC this season and tackle some of the most challenging stages in the UK is fantastic – a huge thank you to Melvyn, the team and all those who support us for this opportunity. We had a fairly well documented season last year so it made sense for us to come back and try and right those wrongs in 2017 – it won’t be easy, I’m sure there’ll be a number of quick crews again this year to make it a good battle!”

In addition to competing in the junior series, Evans hopes to expand his programme to take in selected European or R5 outings in 2017, a situation the crew will look at as the season progresses. The Junior British Rally Championship kicks off with the Border Counties Rally on the 17th and 18th March, with the two day event providing a new challenge for all the crews as it steps up to the BRC for the first time in 2017. Before all that however, Meirion and Jonathan will look to gain some valuable mileage aboard their new 208 R2.

For more information on Meirion and his Rallying career to date, please visit www.meirionevans.com 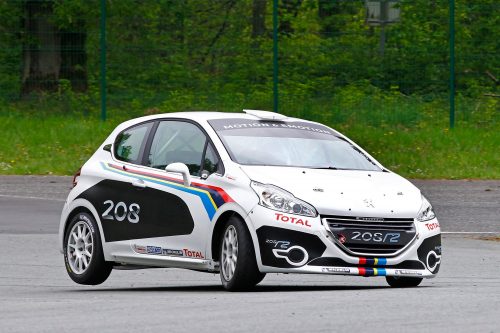