Max McRae will contest the third round of the Motorsport UK British Rally Championship next weekend, driving a Ford Fiesta Rally4 at the Nicky Grist Stages [9 July].

McRae, son of 1995 BRC champion Alister hails from Perth in Australia but has embarked on a mini-tour of the UK and Ireland, contesting the recent Donegal Rally, Goodwood Festival of Speed and McRae Rally Challenge ahead of his BRC debut. 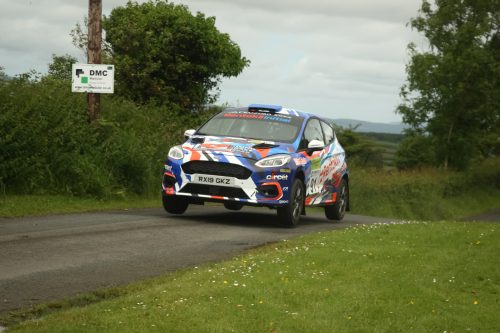 His outings here in the UK are in addition to his Western Australian and Australian Rally Championship campaigns in which McRae pilots a Subaru Impreza WRX STi and has already shown his hand with the domination of the stage times leaderboard at the Winvale Stages in April.

Now, the 17-year-old has signed up to the ultra-competitive Junior British Rally Championship category for the Builth Wells based event and will go head-to-head with the likes of seasoned European Rally Championship ace and Norwegian pilot Ola Nore Jnr, as well as 2021 Junior BRC runner up Eamonn Kelly.

With the progressive youngsters vying for the opportunity to contest a World Rally Championship event in a Hyundai i20 N Rally2 in 2023, the fight for Junior BRC honours is as breathtaking as the BRC1 top-flight.

But McRae is relishing the opportunity to take on some of the fastest young drivers in the business and will contest some of the finest gravel stages in the world, as the Nicky Grist Stages hosts the first of four loose-surface events in the BRC calendar.

“It’s awesome to be competing on my first BRC event on the Nicky Grist Stages” says Max.
“It’s going to be completely different to the events in Oz, but something I can’t wait for”.

With one of the most famous family names in rallying of the last four decades, Max was arguably destined to take up the mantle. With Grandfather Jimmy currently the only driver to win five BRC titles, his Uncle Colin was also able to secure back-to-back championship wins in 1991 and 1992.

Father Alister secured the British title in a Nissan Sunny GTi in 1995 as the series embarked on a two-wheel-drive period and now the next generation of McRae’s will head to Britain’s premier rally championship in a very special one-off outing.

Despite being widely different from the F2 period his father contested, Max has enjoyed many tales about the iconic Welsh stages from the family and is looking forward to taking on some of the stages his elders blasted over during events in the past. 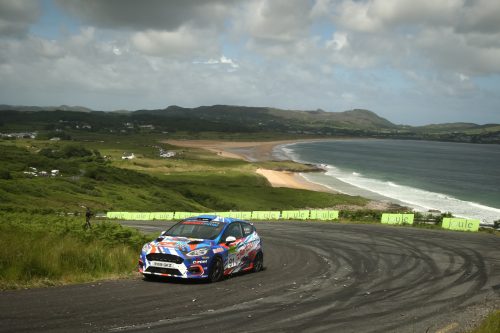 “Having watched videos and listened to my Dad and Gramps, the Welsh stages look like real driver stages. It’s going to be great to drive on the roads they’ve all been on”.

Reece Tarren, British Rally Championship Manager commented “It’s a real honour to have Max join us in Wales and of course see the McRae name back in the British Rally Championship once again. To me, whenever anyone thinks of rallying, they think of the achievements of Jimmy, Colin and Alister so to be hosting the next generation of McRae’s at the Nicky Grist is fantastic. I’m excited to see how he gets on against the other Juniors but either way, it will be a great experience for Max, the fans and us!”

Alister is equally as excited to be returning to the series, some 18 years after his BRC title.

“It’s going to be great coming back to Wales,” he says.

“I’ve got some great memories from the Welsh forests, and we’ve all won rallies there, so for Max to get his first taste of the BRC, and the stages, is something I’m really looking forward to”. 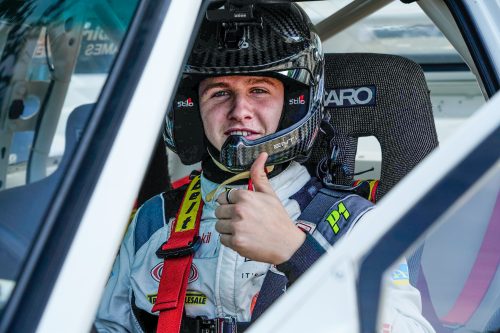