Originally from Scotland, the Lincolnshire driver is no stranger to the British Championship, having been a regular contender in the late nineties, driving a Subaru Impreza in the Production Cup during the famous Kit Car era and finishing fifth in the Subaru Shield.

After a “big off” on the Scottish Rally in 1998 which brought his driving career to end as “about as quickly as the sudden stop into a log pile” McLaren would focus on his career, becoming a pilot and landing his dream job as an instructor in the Royal Air Force.

McLaren turned his hand to Triathlons, representing Great Britain at world level before the desire to return to the stages meant the acquisition of a Porsche 911 hooked him back in.

“The Porsche gave me a fire in my belly to compete again and then I bought the Opel Kadett from Chris Birkbeck and all I wanted to do is get back out there” says McLaren.

“I guess the British Rally Championship isn’t the most obvious place for the car but the BRC has always been part of my rallying career so it felt right to return. It’s a great calendar and the events look super. I`m a tarmac man really as that’s where I cut my teeth. I’ve a good knowledge of Mull thanks to piloting the Police opening car on the event many years go so it will be nice to get the Opel onto the island.

“I’ve got some experience of Oulton Park as I have actually tutored at the rally school there in the past so its will be a nice introduction back to the series for me. Of course, it will be very different to the past but when I tighten the belts and the flag drops, it should all come flooding back”. 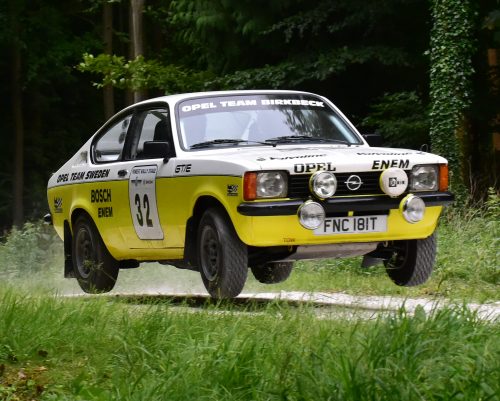