The highly talented Josh McErlean will partner Oscar Solberg at MH Motorsport for the Nicky Grist Stages with the Northern Irishman set to harness the Ford Fiesta R2T on the two day, two surface event.

McErlean joined the BRC at the start of the season, driving his Citroen C2 R2 for Mac Sport in the Prestone Motorsport News Junior BRC. Flashes of brilliance in the aging French pocket-rocket showed the young-gun has the pace to fight at the front of Britain’s premier rallying series. Unfortunately retirements and mechanical woes have denied McErlean a chance to string a championship campaign together with the Ulsterman sitting in ninth in the standings after claiming his first points last time out on the Scottish Rally.

For the tough and demanding Nicky Grist Stages, McErlean will step into the turbo-charged Fiesta and is looking forward to the unique challenge the event has to offer and working with the established MH Motorsport.

“With Callum recently moving to his own team, a position became available in our second R2T Fiesta. MH Motorsport is well known for developing young talent and we approached Josh as we were impressed by his phenomenal pace on the first few events. Ideally we would have had him out on the next round in Ypres but a regulation issue has meant that we couldn’t get that in place for this year. We have the deal in place and we look forward to working with Josh on Nicky Grist Stages as believe that with the development and machinery we can offer him we think he has the ability to really progress in the BRC.”

Josh is delighted to be joining MH Motorsport and stepping into the latest specification R2 car.

“The last few days for me have been very exciting,” he says. “Everything has just clicked and fallen into place. I certainly wasn’t expecting that phone call from Mike (Harris) but when it actually sunk in, the feeling was immense. It’s a real privilege to be behind the wheel of the one of the most successful R2 cars out there at the moment.”

The Nicky Grist Stages provides a challenging two-day format with the gravel forests of Crychan being followed by a sealed surface blast across the Epynt Military Ranges. Despite being forced to miss Ypres, McErlean is looking forward to the challenge that a mixed surface event brings.

“It’s going to be a huge learning curve as it’s my first time on the event and in an unfamiliar car. But I will head to Wales with a level head and I`m looking forward to the challenge. I’d like to say thank you to MH Motorsport for this opportunity and I can’t wait to get going”.

The Nicky Grist Stages takes place on 8th and 9th July and is based in Builth Wells, Wales 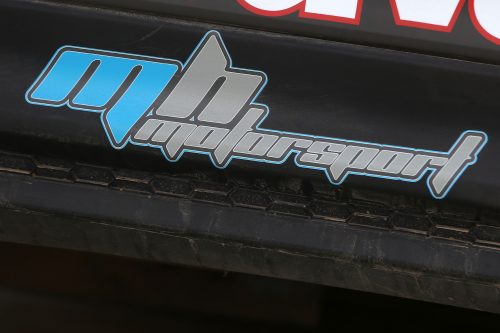