The 2019 Junior British Rally Champion Josh McErlean has been selected by Hyundai Motorsport Customer Racing to become a member of their world-famous Junior Driver initiative in 2021.

The 21-year-old from Kilrea, Co.Derry has piloted a Hyundai i20 R5 throughout the 2020 season, securing impressive results across Europe including a career-bolstering seventh place in WRC3 at the final round of the World Rally Championship, ACI Rally Monza despite his lack of experience at world-level.

Now, thanks to his performances on the European stage and professional approach to the sport, McErlean will become one of six rally drivers chosen to be members of the Hyundai Motorsport supported programme which will allow him to tap into the vast know-how of the World Rally Championship elite manufacturer team.

“This is such a huge honour to be part of the Hyundai Customer Racing Junior Driver programme,” says McErlean.

“It’s been a very hard twelve months for so many of us but this is one of the moments where all the hard work, dedication and faith that I`ve had in my abilities over the past five years of my career years has finally been realised. This of course is not just a special moment for me, but for all those that have supported me on my incredible journey so far and in some ways, it’s only just beginning”.

The reigning Motorsport Ireland Billy Coleman Award victor has enjoyed a strong relationship with the Hyundai brand since winning the Junior British Rally Championship in 2019. After a brief test with the Alzenau based squad, he was launched into an impressive R5 debut, contesting Britain’s round of the WRC, Wales Rally GB with support from the British Championship and Hyundai Customer Racing.

That bond grew stronger still, with outings at Monza Rally Sprint, the Cambrian Rally and Rally di Alba, all behind the wheel of an i20 R5.  A short campaign in the FIA European Rally Championship reaped rewards with a result just outside the top ten on his debut at Rally Hungary. A strong result at Rally Islas Canarias followed before a career-defining drive at ACI Rally Monza in the WRC3 category landed him a top-twenty overall result.

With the continued challenges of the pandemic forcing a later start to the season than planned, McErlean has ensured the downtime has been productive and has his sights set firmly on his 2021 campaign.

“It really is phenomenal to have the support of a Junior Driver programme run by the 2020 World Rally Championship winning manufacturer” continues McErlean.

“It’s not been all about my performances on the stages. The encouragement, support and opportunities that the Motorsport Ireland Rally Academy, John Coyne and the Billy Coleman Award has provided and continues to provide is pivotal on my progress up the ladder and this recognition from Hyundai Motorsport Customer Racing really harnesses that support.

Undoubtedly, 2021 is going to be my most important year to date and we have to maximise this opportunity and make the most out of the resources we have at our disposal. I am in a privileged position and I`m confident we can bring everything together and make it one complete package.”

Andrew Johns, Hyundai Motorsport Customer Racing Operations Leader said: “In the event where he ran with the Hyundai i20 R5 Josh proved he is a very capable driver in all conditions. However, he also showed an incredibly professional approach to his rallying.

“Taken together this is exactly the combination that we look for in those selected to join the Customer Racing Junior Driver initiative. With the additional support of Hyundai Motorsport Customer Racing joining that of the Motorsport Ireland Rally Academy I am sure that Josh will have another strong season in 2021, can continue to build his motorsport career.” 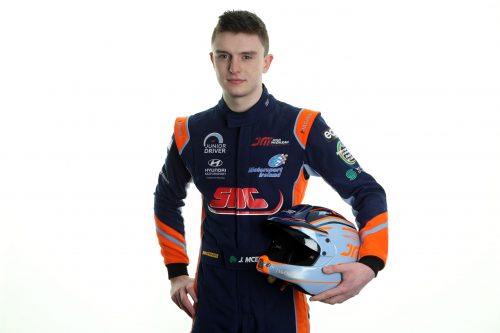