The young Irishman has recently purchased the new machine and will contest the Academy for a chance to win a healthy prize fund towards his 2023 season. Created as a steppingstone to the Junior BRC category, an impressive incentive is available for the champion of free entries to all rounds of the Junior British Rally Championship the following year; worth around £5,000.

The Motorsport Ireland Rally Academy member works for Hyundai experts PCRS Rallysport enabling a keen eye for detail and knowledge on set up. But his motorsport journey started much before his working years, contesting Rally Sport Association events at the age of 13 in a Nissan Micra before his debut season in the J100 Irish Forest Rally Championship.

Four wins netted him the Championship win and once the sport began to pick up again after the pandemic, McBride stepped into a Honda Civic with a class win and second place a highlight of the season.

With the step up to the R2T at the end of 2021, the progressive youngster was looking at options for the season ahead.

“For me, I honestly think this is my next steeping stone in my career, as the competition is really high and the rallies are unreal” says McBride.

“I think the competition is going to be really tight, which is really good [for me] as this will improve me as a driver. I want to get as much seat time as possible and to learn as much as I can along the way.”

The opening round of the season takes crews to Essex and the Corbeau Seats Rally Tendring & Clacton for the very first time and McBride is eager to get going.

“I’m really excited to get the season started, the competition is really high and I just cant wait to get onto the stages and most importantly working with the Motorsport Ireland Rally Academy Team to improve me in every possible aspect.”

“I’m really looking forward to the first round; can’t wait to get back onto tarmac”. 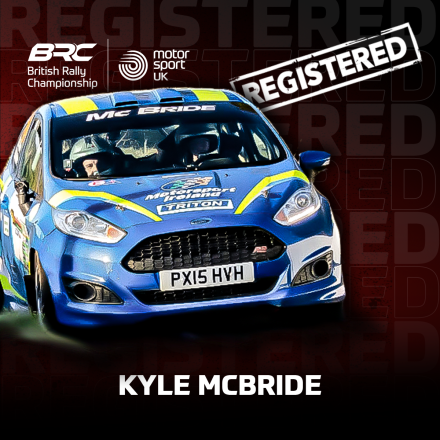