Rising star Tom Cave has announced that he will challenge for honours on all seven events in the relaunched MSA British Rally Championship in 2016. The Welshman will be joined by new co-driver James Morgan in a latest specification Ford Fiesta R5.

Cave, who competed against Morgan in the Drive DMACK Fiesta Trophy as part of the FIA World Rally Championship (WRC), will now unite to take on many of the best drivers in the country on the best stages across the British Isles.

“I have known James for a long time and we have had some intense rivalry over the years, especially when he navigated for Sander Parn in the DMACK series,” joked Cave.

“I asked him to sit alongside me at a test in an R5 car at the back end of last year and I was really pleased with the way he delivered the notes. We have formed a really good partnership since then.”

The 24-year-old from Aberdovey is keen to get going in the BRC in a car he knows well after scoring some strong results in the Fiesta R5 on Britain’s round of the WRC, Wales Rally GB.

“We managed to get the right deal together and we worked hard to put a complete BRC programme in place. We wanted to show our intentions as we hope to go for rally wins and ultimately the title. We have had plenty of Fiesta experience and the M-Sport Evo Fiesta R5 was the obvious choice for us to go with.”

Like so many, Cave has seen the appeal of the BRC regulations and the new-look series.

“The biggest attraction is that the top category houses four-wheel-drive cars again in the R5 format,” said Cave. “It’s the way forward as it makes it more cost-effective and accessible for many more teams across the UK and further afield as there are so many cars out there.

“There are some really good events; the Circuit of Ireland, Pirelli Carlisle with Kielder and the Isle of Man will make it very challenging for the drivers and hopefully very entertaining for the spectators going out to watch!” 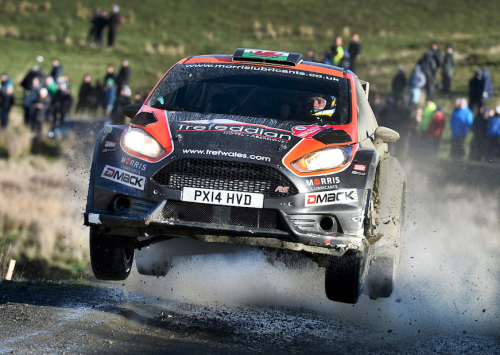