The Prestone MSA British Rally Championship will head to the capital this weekend (Saturday, 3 November) as the series goes on display at the Illinois Route 66 Regent Street Motor Show.

The family-friendly event will take over one of the world’s busiest streets with cars spanning 125 years present in London. Vehicles from the Edwardian era right the way through to current day supercars will take pride of place as the Regent Street shopping district is completely pedestrianised from Piccadilly Circus to Oxford Circus. The show and activities will run from 10:30 until 16:00, and the best part… it’s completely free to attend.

Britain’s premier rallying series will round out its 60th anniversary year with an exhibit in the middle of the show. Round four winner and 2011 Champion David Bogie will have his stunning Skoda Fabia R5 on display, along with the newly-formed EDSL Sport team, which will showcase its latest Ford Fiesta R2T.

“We are absolutely thrilled to be invited to the Regent Street Motor Show – a fantastic way to end our 60th anniversary,” enthused BRC Manager Iain Campbell. “Show-goers will not be disappointed as we bring two state-of-the-art mud-slinging rally cars right into the heart of the West End to feature alongside vehicles from the dawn of motoring. We look forward to promoting the series to a new audience as well as showcasing our 2019 calendar.”

Championship officials will be on hand to discuss the 2019 series and the upcoming Championship awards on 24 November at the Principal Hotel in Manchester. The fun-filled evening is open to all crews, teams, fans, marshals and events. To book your tickets, head to www.msabrc.com/news/2018-prestone-brc-awards-dinner/ 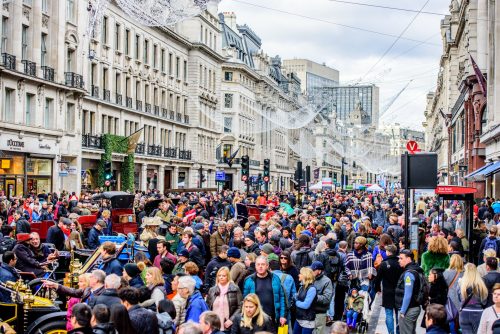