Scottish driver Alex Laffey heads to his home event, the RSAC Scottish Rally with his first loose-surface points in the bag after a strong run on the Pirelli International Rally – the third round of the Prestone MSA British Rally Championship.

The 27-year-old tackled his first gravel events in his R5 Ford Fiesta last year and gradually built his speed in Britain’s premier rallying series before top-ten runs on the Tarmac rounds at the end of the season. On the fast and furious Pirelli Rally, Laffey recorded ninth overall to put him 12th in the BRC standings. After an early retirement on the Border Counties rally, the Scottish star hopes to continue his Pirelli form into the next round.

“It was pleasing to be close to the pace.” Explained Laffey. “ We actually didn’t start to well, infact the first two stages were terrible, but by stage three I felt comfortable and I was happy to see the gains and visibly see we were getting quicker.

“The target for the Scottish is points again and keep that rhythm we enjoyed on the Pirelli. I have Patrick [Walsh] in the car for this one. I know Patrick well so by the end of the pre event test and recce we will gel further.

Over the winter, Alex joined multiple BRC Champion Keith Cronin in a two-car M-Sport assault. Laffey is reveling in his new surroundings and is pleased to have a fast benchmark in the form of Irishman Cronin.

“I have worked with M-Sport since I started rallying and joining them full time is a real honour. I have settled really quickly and feel right at home. M-Sport are the best in the business at building cars and the team really give me a great deal of input which is fantastic as I have learned a lot in and out of the car.

“To have Keith [Cronin] as a teammate is great as well he is a real front-runner and like Fredrik and David at CA1 last year, to work with these guys has really brought me on as a driver and I can’t wait to get back in the car this weekend.”

Looking ahead to the longer championship view, the Fiesta driver is set on improving upon his 2016 campaign.

Catch Alex Laffey and all of the BRC runners on the RSAC Scottish Rally this weekend (19/20 May). The cars are flagged away from Dumfries High Street on Friday evening before two night stages. Action resumes on Saturday morning with eight testing stages before the Ceremonial Finish in Moffat. 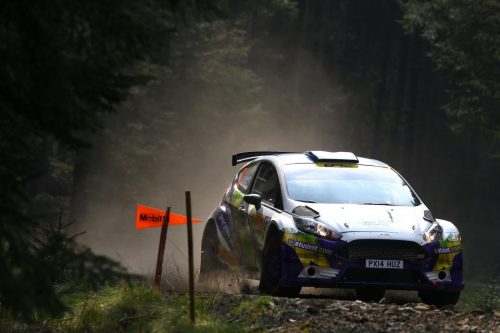