Scottish star Alex Laffey and Welsh co-driver Patrick Walsh will contest this year’s Prestone MSA British Rally Championship with M-Sport’s Ecoboost-powered Ford Fiesta R5. Competing across all six events, Laffey will be keen to continue the progress he started in 2017.

Alex steadily built his speed throughout last season, claiming his first gravel points on the fast and flowing Pirelli International Rally before repeating the feat on his home round – the Scottish Rally. An unfortunate blot on his copy book came on the Nicky Grist Stages where an excellent run over Epynt was cut short – denying the Scot a lucrative top five result. Battling back stronger, the M-Sport driver recorded two top five results on the Ulster and Isle of Man.

Having secured several encouraging results throughout last year’s championship, Laffey will be hoping for more of the same this year – with good performances on both gravel and asphalt. Continuing to enjoy support from U-Student – providers of high-quality student accommodation – the 28-year-old will get his season underway at next month’s Border Counties Rally.

“I am really excited to be working with M-Sport again this season. I learnt a lot being in the factory team last year, and we saw our pace improve on gravel and asphalt at every event. Taking my first BRC stage win was great, but now the target is to push – to fight at the front more regularly and hopefully challenge for a podium on some of our faster events.”

Alex will drive the latest R5 Fiesta from the Cumbrian firm as he goes in search of bettering his ninth placed finish in the standings in 2017 and add more stage wins to his tally in 2018. Laffey and co-driver Patrick Walsh will join Matt Edwards and Darren Garrod in a two-car assault on Britain’s premier rallying series. 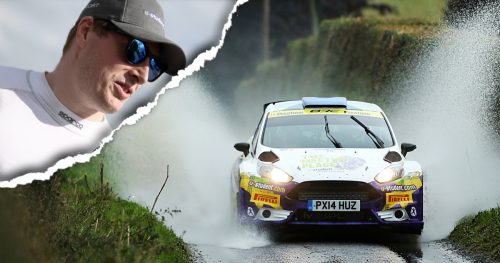