The Prestone MSA British Rally Championship is delighted to announce the BRC Ladies Trophy for all registered female drivers in the 2017 British series.

The newly-formed Ladies Trophy in Britain’s premier rallying series will be staged over the six rounds across the British Isles as well an an exciting overseas round in Belgium for the first time in decades.

Prestone MSA BRC Championship Manager Iain Campbell believes that the BRC Ladies Trophy is important to the growth of the series.

“We want to make the BRC home to the best talent – regardless of the gender,” explained Campbell. “The BRC Ladies Trophy will hopefully entice drivers to join the series and to learn and develop on a broad range of events and a wide variety of surfaces. There have been great female rally drivers previously and we hope to encourage the next crop and help drive female talent forwards.“

The BRC Ladies Trophy will be presented to the winner at the BRC awards evening shortly after Rally Isle of Man on 16 September.

The first round of the Prestone MSA British Rally Championship gets underway with the Brick & Steel Border Counties Rally on the 17/18 March with the challenging gravel stages around Jedburgh. 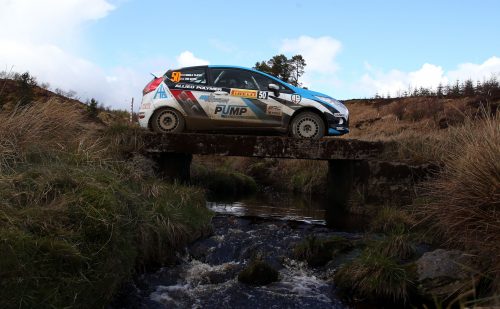