Kumho has joined the MSA British Rally Championship as a key partner and an official tyre supplier to Britain’s premier rallying series.

Kumho Motorsport makes it a four-way battle between the tyre manufacturers. The UK arm, based in Leicestershire will go head-to-head with rival brands DMACK, Michelin and Pirelli in the fight for supremacy on the seven gravel and tarmac events across the British Isles, from the bumpy and technical asphalt of Ireland to unforgiving gravel in the forests of Kielder.

Steve Thompson is thrilled to be involved in the revitalised series.

“Kumho is absolutely delighted to be involved in the new-look BRC,” enthused Thompson. “We have always held the championship in high regard and to be involved at the pinnacle of British rallying is very important to us.

“To go toe-to-toe with other tyre manufacturers is what really appeals to us. We cater for a lot of different single-tyre series’, meaning we always win and always finish last! To be competing against other brands really drives development of our products forward and gives our success significance and something we can really shout about.”

BRC Championship Manager Campbell is pleased with Kumho’s plans for the season.

“To have Kumho come on-board is great news for the series,” announced Campbell. “To have four tyre suppliers is brilliant as it will not only give competitors plenty of options, it will also add another dynamic to the action on the stages. Perhaps some tyres will be better suited to the tarmac while others will shine on the gravel? It is going to make for an interesting element in an already exciting season.”

Kumho is finalising deals to run several competitors for the new season. For those wishing to discuss Kumho options for 2016, contact Steve Thompson on 01455 200050 or steve.thompson@kumhomotorsport.com. 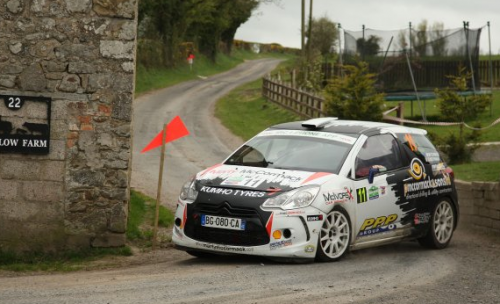