The Co. Donegal pilot has only been in the sport since 2019 and has been campaigning the Junior Aygo since the start of his short career. After spending all but one of his competitive outings in the Irish forests, Kelly will step into the mixed surface Junior BRC in a bid to further his progression in the sport.

“It will be very much in at the deep end this year” says Kelly.

“You know we will just be chancing our arm and see what happens really. We are in the older spec Fiesta so will be losing out a bit to the front runners but we will see what happens, we may just get lucky”.

Kelly acquired namesake Eammon’s old R2T in 2020 but was forced onto the side-lines like many due to COVID. He has managed a handful of track days to get bedded into the M-Sport built Fiesta but will now take on the biggest challenge of his career as he goes head-to-head with some of the fastest Junior drivers in the UK and Ireland this season.

“It’s a great wee car and night and day compared to the Aygo. But this year is all about getting the mileage under our belts and gaining experience. It’s a big challenge but I`m ready to give it a try.

I`ll be taking my final exams so will have to miss Oulton Park, but will be at the Nicky Grist and ready to go. There will be a lot of ‘firsts’ for me this year, such as pre-event recce but sometimes that the best way to learn”. 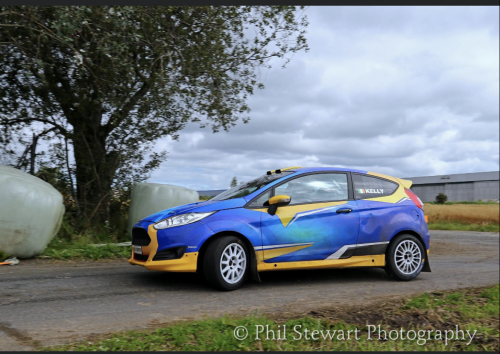