Kelly and co-driver Conor Mohan will vie not only for the prestigious title but also the chance to win a prize drive opportunity with Hyundai Motorsport Customer Racing to tackle a round of the 2022 World rally Championship in a Hyundai i20 N Rally2.

The twenty-two-year-old Co. Donegal driver had registered for the Junior BRC in 2020 but like many others, his challenge was thwarted by the COVID pandemic and he was unable to contest a round of the championship.

However, now equipped with M-Sport Poland’s latest Rally4 machinery, Kelly will throw his hat into the ultra-competitive Junior BRC ring for the very first time and has his sights set on the top end of the leader board.

“I’m not going to lie, I want to be at the front of Junior’s and battling at the top,” says Kelly.

“I do believe in my ability one hundred per cent and I’m happy with where I am at pace-wise. The calibre of drivers in the BRC is fantastic and it’s the place to go to prove yourself. The competition is there and it’s where all the fast guys are so I`ll have plenty to benchmark myself against this season”.

Kelly began his career in a Honda Civic on the Irish lanes before progressing into a Fiesta R2T for 2019, winning his class in the Irish National Championship.

“It was a big learning curve stepping into the Fiesta but it meant I could learn making my own notes and pick up my pace gradually. We hoped to be out in the BRC in 2020 but that didn’t happen due to COVID. We did manage to test a Rally4 Fiesta and knew that’s where we needed to be in 2021 so got hold of one from Portugal.”

The learning curve will continue this season for Kelly.

“I’ve never been on gravel” he says.

“Of course that’s going to be a slight disadvantage but it will be about balancing the risks and the pace, going hard whilst not doing anything silly. It’s going to be an unpredictable season I think, as the competition is pretty tough but I’m very excited to get going.” 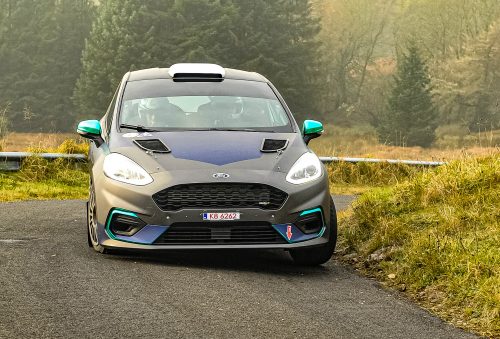