It’s been a scintillating Junior British Rally Championship battle so far this season, with three winners in three rounds opening up the title chase as the series heads into the second half of the year. And it’s no wonder really, because the winner of this year’s prestigious Junior title will be offered a career-defining opportunity to contest a round of the FIA World Rally Championship, behind the wheel of a Hyundai Motorsport Customer Racing i20 N Rally2.

With 17 progressive Juniors under 26 years old in-line for the prize, the battle for this year’s title is more intense than ever, with each crew vying for the chance to have the use of the latest generation Rally2 car from the Alzenau based squad, with additional support from the BRC at a European round of the WRC in 2022.

A tried and tested proving ground for young drivers eager to make their mark on the European and world stage, the British Rally Championship has previously partnered with Hyundai Motorsport Customer Racing, which enabled 2019 Junior BRC champion Josh McErlean to contest his home round of the World Rally Championship, Wales Rally GB.

“There is no doubt that the Hyundai i20 R5 prize drive on Wales Rally GB was one of the turning points in my career and played a significant factor in me becoming a Hyundai Motorsport Customer Racing Junior Driver this year,” says McErlean.

“The Junior BRC really brought me on as a driver and ensured I developed my skills and pace on both asphalt and gravel surfaces. The drive on Wales Rally GB in a Hyundai was simply unbelievable and gave me a springboard to the rest of my career. I have a lot to thank the BRC and Hyundai Motorsport Customer Racing for and anyone who gets to tackle an event as I did is very, very lucky indeed”.

Lets take a look at just what is in store for the 2021 Junior BRC champion, as Hyundai Motorsport Customer Racing test their new-for-2021 i20 N Rally2 in Italy.

The next driver to be behind the wheel, could well be one of our BRC Junior contenders. 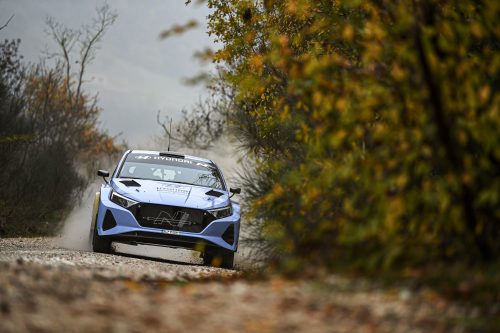