The Motorsport UK British Rally Championship will increase the age limit for contenders in the highly-regarded Junior series to 27 years old in 2022.

Britain’s premier rallying series previously had a maximum age of 26 for it’s Junior drivers, but will now align itself to the FIA European Rally Championship by increasing the limit for the up-coming season.

“We have been considering raising the age limit for some time and it makes total sense to align ourselves with the entry-level European Junior series to continue to offer a great opportunity for progression,” said BRC Championship Manager Iain Campbell.

“Perhaps the next logical step for a front-running Junior BRC driver would be the ERC and they have their Rally4 and Rally5 Junior offering at 27 years old, increasing to 28 for the Rally3 category. Lifting the Junior BRC age limit by just one year brings us in line and of course, perhaps opens up the opportunity for new contenders to join is in 2022”.

The BRC is a well-known proving ground for rallying stars. Recent graduates include Elfyn Evans and Craig, all now fighting at the very top of the sport.

The Junior series has also seen a career-progressing prize on offer with 2019 champion Josh McErlean scooping a prize drive in a Hyundai i20 R5 at Wales Rally GB later that year. Reigning champion William Creighton will also receive a similar opportunity in 2022 thanks to taking this year’s title, and further information on the prize offering for the forthcoming season will be announced shortly. 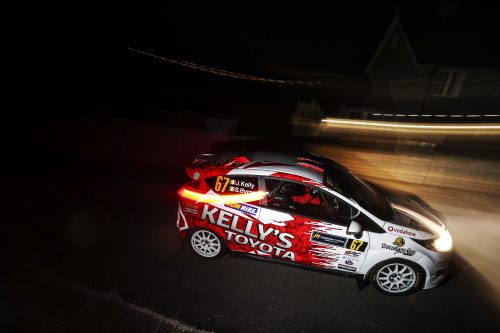