Reigning Junior British Rally Champion William Creighton will head to the FIA Junior World Rally Championship in 2022 and step into the a Ford Fiesta Rally3 as the series launches a new era.

Creighton, 24 from Moira in Co. Down claimed his maiden Junior BRC crown last season in a final round showdown at his home event, the Modern Tyres Ulster Rally driving a Ford Fiesta Rally4. Alongside his JBRC campaign, Creighton and co-driver Liam Regan also tackled the Junior WRC to build experience for the future, netting a string of fastest stage times and impressive results.

Now, Creighton will aim for more success on the world’s stage as a new-look to the Junior championship is launched switching to the four-wheel-drive Rally3 category for the very first time.

The five-round calendar launches with the ice-laden and snow banked stages of Rally Sweden at the end of February, Creighton is looking forward to the challenge of adapting to new machinery on the world’s stage whilst vying for the coveted title.

“I`m delighted to be making a return to the Junior World Rally Championship this year and to be part of the new era,” he says.

“We have been working extremely hard behind the scenes to be able to contest a second season and whilst we still have work to do, I`m thrilled to be heading back to the JWRC to have a chance to prove myself against some of the best junior drivers, on some of the toughest events in the world.”

A stellar performance in the 2021 Junior BRC saw Creighton take the coveted title, securing a 2022 WRC prize drive with Hyundai Motorsport Customer Racing in the process.

“Last year was all about learning and gaining knowledge of world events, how they work, how to tackle them and how I can get up to speed against the other contenders. But this year will be very much like pressing the reset switch, as we step into the new Rally3 Fiesta’s. Most of the drivers will not have had the benefit of extensive competitive mileage in the cars and this will level the playing field”.

And that is an exciting prospect for Creighton.

“I’m certainly heading into this season with much more confidence than last year, however I am aware of the challenges that lie ahead. Rally Sweden is a huge leap into the unknown for me as I`ve never done any snow events, but we will head to the LBC – Ruschen Rally in Lima in early February to get some practice before the opening round.”

“I don’t think I’ve ever looked forward to a season so much as this one. It is undoubtedly the biggest test of my career but I’m ready to grab the opportunity and work tirelessly to achieve the goals I set for myself”. 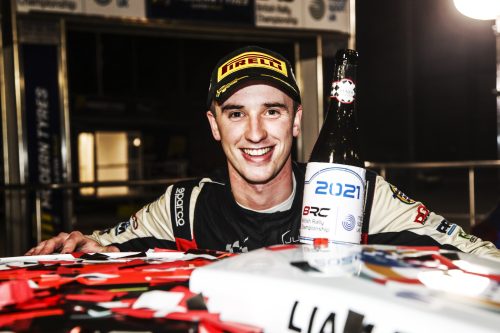