Brecon rally driver Craig Jones has become one of the first contenders to sign up for the Motorsport UK National Rally Title in 2022, piloting his unique Ford Fiesta Proto in the series in a bid for top honours.

With co-driver Ian Taylor alongside in the RHL steel framed Buildings and CMJ Motors backed four-wheel-drive machine, the pairing will make the switch from the National Asphalt Rally Championship to the BRC this season, with a host of new challenges lying in wait across the seven-round series.

Jones is an experienced competitor, like many starting his career in a Peugeot 205 before switching to a BMW Compact for some rear-wheel-drive action. A move to four-wheel drive netted him 12th overall in the Wales Rally GB National in 2017 despite being behind the wheel of a relatively standard Evo IV and would more recently campaign a rapid Mitsubishi Evo IX.

He made the switch to the Fiesta last year and cites the transition as the next step towards full R5 machinery.

“I successfully ran an Evo 9 for the past two years and was always punching above our weight at the sharp end,” says Jones.

“I felt I had gone as far as I could in that car so decided to step up trying out a Fiesta. It’s not an R5 but just looks like one. it’s basically running all Evo 9 engine, running gear and suspension, so it’s my old Mitsubishi but it is quicker as it’s a lot lighter, I really am aiming at trying to get a proper R5 one day it’s just I simply can’t afford the price tag, so I’ll just continue punching [above my weight] in this.”

The National Rally Title runs alongside the top-flight BRC but allows those in vehicles that are not homologated to compete in the series, enjoying the benefits of recce and a top-class calendar of events. That was the draw for Jones in 2022.

“The events that are on the calendar are the type of events I enjoy doing, especially with the hype, atmosphere, and it’s great for my sponsors to keep them interested. The competition will be insanely tough [though] as we are having to mix it with the proper R5’s in a much lesser car.”

Jones admits that there will be some learning to do along the way.

“I haven’t ever been on the loose with a proper car so I’ll be interested to see how it goes. My pockets aren’t deep enough to go testing and all that jazz, so it’ll just be a case of suck it and see. I don’t expect to set the world alight but I’m confident we can go fairly well. I`m looking forward to having fun and turn some heads doing it.” 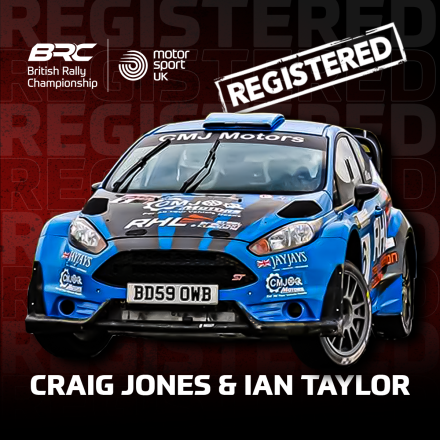