After narrowly missing out on the title three years ago which was created as a stepping stone to the Junior BRC category, Mulholland will make a play for the Academy title which caters for drivers under 25 years old and less than two years BRC experience. He will use a Ford Fiesta R2T for his campaign, co-driven by Callum Maguire.

The 23 year old from Co. Antrim started his rallying career in a Hyundai i20 thanks to close ties to the family dealership, before moving into R2 machinery in 2017. In 2018 he tackled the BRC Cadet Cup, taking a maiden and significant win at Wales Rally GB which formed the final round of the series. It wasn’t quite enough to hand him the title, and after a season rallying at home, Mulholland is more than ready to return to the British Championship tour.

“I’ve got a great affinity with the British Rally Championship and there really isn’t a better place to build my career” says Mulholland.

“I’m perhaps a little odd in that I started my career on gravel and not tar which is strange for someone over here, but I really do enjoy it more. This years Academy Trophy looks like it offers some great new challenges and with a new calendar it will be pretty different to before. We will make sure we have some Irish craic along the way too”.

“The plan is to do the season and get some good results in the Academy and win to be honest. The overall prize of free entries for Junior BRC in 2022 is really our goal to we can continue to progress and i think the key to that will be making sure we are level headed this year. Its great to be back!” 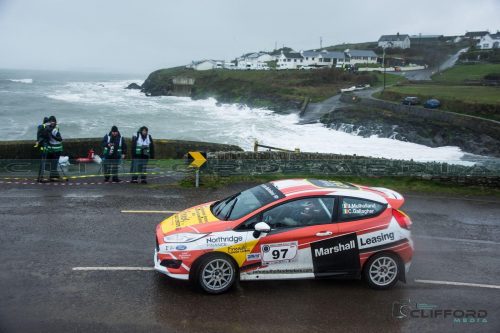