Jennings, who has arguably been the mainstay of Irish rallying over the past two decades returns to the series for the first time since campaigning a Peugeot 206 S1600 in the F2 era, grabbing a top ten finish in 2003.

Now, the rapid Irishman and returnee co-driver Rory Kennedy will make a bid for the National title which runs alongside the BRC and caters specifically for vehicles that run outside of their original homologation and World Rally Cars up to October 2016.

With Jennings’ Fiesta R5 being a right-hand drive example and not homologated by the FIA, he was eager to make a BRC return to fight amongst the front-running British title protagonists.

“The BRC should be a great craic this year and that’s what I`m looking forward to the most,” says Jennings.

“I’ve always wanted to go back [to the BRC] and with them accepting right-hand drive cars it really was a no-brainer for me. It’s great to be able to return to fly the Irish flag and support these young drivers out there now you know. I want to help lift the profile of the Irish guys across the water and the profile of the British Championship seems to have lifted a lot recently so it feels like the right place to go”.

Jennings is well known for his love of World Rally Car machinery with a Subaru Impreza WRC the weapon of choice for much of his career from 2013 onwards. But now, in a huge change for the Co. Fermanagh man, he will pilot a modern R5 for the very first time.

“What a fantastic piece of kit” he continues. “I was just so surprised by it when I first drove the thing. Course’ it’s very different from the World Car but technology is amazing isn’t it and I have probably realised I was beating my head against a wall carrying on with the S14 [Subaru].

“I went to Mondello to test her out and I thought, what have I done. But look, after that first hour I had a smile on my face and it’s just great.”

Jennings has one goal this season, and that’s to have fun.

“I just want to let my hair down – and that’s funny coming from me,” he says.

“I’ve put too much pressure on myself in the past so it will be great to be part of the camaraderie in the BRC this year. I can’t wait”. 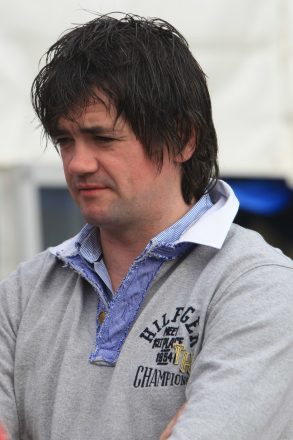