Alan Gow, MSA Chairman from 2006-2017, hosted the winners of UK motor sport’s most prestigious titles for the annual awards evening at the Royal Automobile Club. They were joined by a series of special award winners, each recognised for outstanding achievement in their areas of contribution to the sport. Master of Ceremonies Steve Rider was joined by colleague Louise Goodman.

Special guests included not only Todt and Stoker but also the likes of legendary commentator Murray Walker OBE, who was presented with the MSA Lifetime Achievement Award, the highest accolade bestowed by the MSA Board. Sir Frank Williams was also recognised with the MSA Lifetime Achievement Award and sent a video message in his absence. Meanwhile Billy Monger was presented with his 2018 MSA Competition Licence, as the young racer prepares to resume his single-seater racing career.

Alan Gow said: “The Night of Champions is our chance to celebrate those who have excelled in their chosen discipline to win the premier titles in UK motor sport: the MSA British Championships. It also presents a great opportunity to recognise some of the outstanding, but perhaps largely unseen, achievements by members of the British motor sport community who give their time to enable this great sport to take place.

“On behalf of the MSA, I would like to congratulate all of the night’s winners on their achievements in 2017. I also wish to thank Jean and Graham for taking the time to join us once again to reflect on another exceptional season of UK motor sport.” 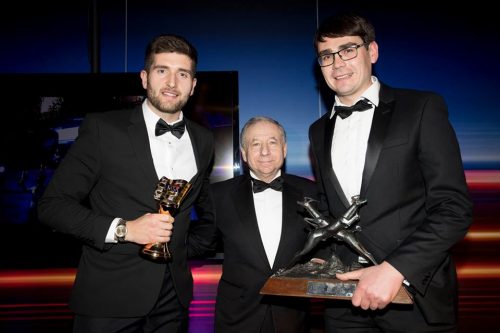