Hooray! Henry’s back in the BRC

Popular Antrim driver Desi Henry will make his return to the British Rally Championship in 2021, bidding for BRC1 and overall honours in an ex-Simone Tempestini Hyundai i20 R5.

The Northern Irishman will make his first appearance in Britain’s top-flight series since retiring from the Today’s Ulster Rally in 2019.

Henry has a long association with the British Championship, stemming back to a Citroen C2 R2 in 2011, but will bid for the esteemed BRC title this season in the MacSport run Hyundai, backed by long-time sponsor Bathshack.

“I really like the BRC, the professionalism of the championship and the level of driver that are in it are second to none so I’ve always had my eye on coming back,” he says.

“The competition is top-class and competitors are at the top of their game and with the calendar suiting me and my work commitments this year it felt like the right time to return.”

A partial programme in 2019 saw outings at the Cambrian Rally and Ulster Rally but was mostly spent on the closed roads of the Irish Tarmac Rally Championship. Having used a Skoda Fabia R5 from 2016 to 2019, a shift to WRC machinery beckoned, switching to a Fiesta WRC for the latter part of the season.

The acquisition of a Hyundai i20 R5 last year saw a positive start to the new purchase, with a podium place the Galway International in the offering before mechanical failure forced him into retirement. Second overall at the Birr Stages went some way to making up for that disappointment but Henry is opting for a measured approach in this year’s BRC.

“We always try our best in every rally we do and put a lot of work in to make everything is right,” he says. “But the guys out front are not hanging about. It’s sometimes better to just let them tear away and we can do our own thing. We need good points from every rally and you don’t get them sitting in a hedge”.

The all-new seven-round calendar has been a firm favourite with many crews this year and the mix of asphalt and gravel has been part of the lure for Henry.

“I’ve not done much in the new Hyundai and haven’t used the upgraded dampers we have for it yet either so I`m looking forward to getting going now. Oulton Park is a great way to get everything going again and whilst it’s not my favourite event format, it’s a good way to start the championship.

“The Nicky Grist [Stages] excites me as I`ve had good results there in the past, even some overall stage wins and the Grampian [Forest Rally] sounds interesting too. Ulster in November will be interesting that’s for sure, the weather will certainly be a lottery.

“My rally bag is still packed from West Cork last year so it will be helmet on and away we go, it will be great to be back”. 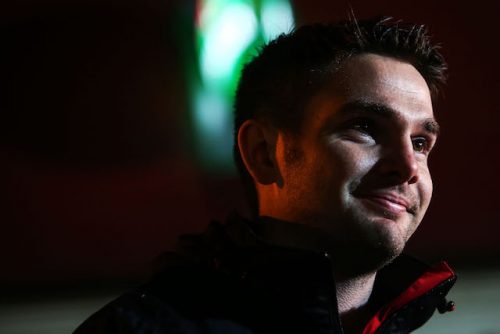