Prestone MSA British Rally Championship series returnee Will Graham has set his sights on the Cadet Cup for 2018.

After a foray into the BRC back in 2016, Will Graham will contest the new season at the wheel of a FlexiFly Ford Fiesta R2 in the exciting and competitive Cadet Cup category.

“The main reason we wanted to return to the BRC was to build-up seat time and gain more experience of a wide variety of events,” explained an excited Graham. “The longer events on the calendar will enable us to really get to grips with the car and we will also be doing the BTRDA series which will also help fill inbetween the BRC rounds.

Despite a reasonable amount of BRC events under his bet, the Walton-on-Thames driver is keeping his cards close to his chest ahead of the new season.

“2016 was my first full year of rallying and I didn’t do much in 2017 because of University commitments. A lot of the rounds have changed. Yes, I am maybe used to the length of events but all the rounds will be different compared to two years ago so will be interesting as I think everyone will be in a similar position.”

Will contested the 2017 Rally Isle of Man but was not registered for the BRC. Had he registered, the Surrey young-gun would have been right in the Cadet Cup mix on pace and is reveling at the chance of a full season in Britain’s premier rallying series.

“Finishing will be very important I think if you want to do well in the series. To string a good season together, strong finishes will be crucial and when we can we will be pushing for some strong results to have a go for class win.”

Sticking with the tried and tested older specification R2 Fiesta, Graham is revved-up ahead of the season opener.

“The Fiesta is a car I know very well and this one is a right-hand-drive version which I really like as I can swap from the road car with such ease. With FlexiFly onboard as a new sponsor and MH Motorsport running the car everything is in place to really go and enjoy the championship.” 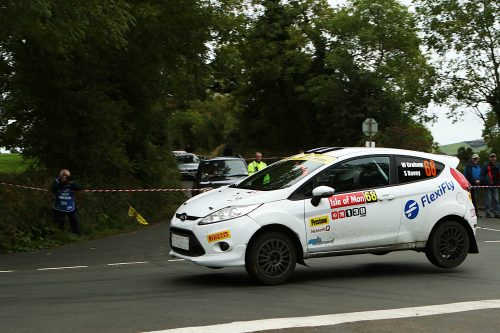