Jonny Greer is the latest top-flight driver to return to the Prestone MSA British Rally Championship and will start this weekend’s Pirelli International Rally with Kirsty Riddick calling the notes in a Ford Fiesta R5.

2017 Northern Ireland Rally Champion Jonny Greer will take to the legendary Kielder Forest for his tenth Pirelli Rally and would love to repeat or better his finish of second in 2010.

“I always look forward to the Pirelli Rally and always enjoy the event. We have always enjoyed great support from the company so we have always wanted to show support to the event. The stages in Kielder are fantastic and you are always learning as there are so many possible stage configurations. It’s always well run so we are looking forward to a real compact event this year and hopefully a good result will set us up nicely for the rest.”

Greer enjoyed a fruitful 2016 where the Ulsterman picked up two podiums on the Irish Tarmac, which led him to third in the overall standings behind Tom Cave and eventual champion Elfyn Evans. In contrast his 2017 season was a step-back by his high standards as points on the opening round were followed by mechanical failures and retirements for the DGM Sport driver. 2018 is a clean slate and Greer looks forward to the new challenge.

“Everything went wrong for us last year – luck just wasn’t on your side. We are focusing on the Irish series and a few other events this season and as part of the season we will be doing the Pirelli, Ulster, Isle of Man and if we have a good run we will go to Wales Rally GB. It made sense to register for the whole lot as we really enjoy being part of the BRC.”

With a campaign in place, Jonny will make a switch to the Ford Fiesta R5 for the season ahead after two BRC seasons in the Citroen DS3 R5.

“Naturally we would like to do the event in a car we know like the back of our hand but the opportunity with the Fiesta came up so it was a good time to use that and try something a bit different this season. We did a short test last night and it feels very good and everyone knows it’s a proven package on the gravel with great support from M-Sport. The only thing that may get in the way is my lack of experience in the car but as we have seen Keith [Cronin] and others are in new cars, which will make it a lottery for a lot of people and it will be entertaining to watch, so we can only give it out best.” 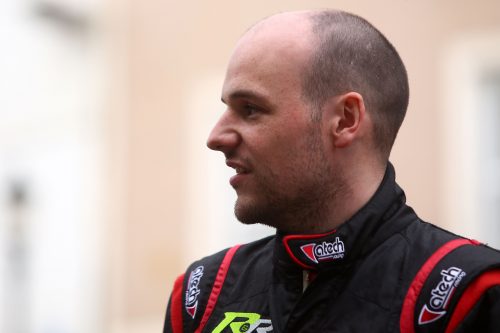