Sindre Furuseth is set to return to the MSA British Rally Championship in 2017 with a Vauxhall ADAM R2 to tackle the Tarmac rounds of Britain’s premier rallying series.

The Norwegian star prompted feverish speculation after a recent trip to the UK to pick up his new mount and is delighted to be able to dovetail his exploits in the Junior BRC with a full season of European rallying, including two rounds in the FIA European Rally Junior Championship in the ex-Rob Duggan machine.

“I am excited to put the asphalt BRC rounds into my planned calendar for 2017,” enthused Furuseth. “I want to do as many events around Europe as possible, including two Junior ERC rounds to help build my experience of different rallies. Ypres and Ulster are two completely different events with special characteristics that will help develop my experience on my weaker surface.

“I would like to thank Simon Mauger for helping to put this deal together. We got the most out of the Renault Twingo, but it struggled on the bumpy Tarmac of the Ulster and the greasy stages on the Nicky Grist. We needed an upgrade and having competed against the Vauxhall team this year it was clear the ADAM was the car to have, to move forward for both the BRC and in Europe.”

The 23-year-old was one of the explosive surprises in the DMACK Junior BRC in 2016. Rocking up at the Mid Wales Stages in a Renault Twingo R2 the man from Raholt fought for the win from the off with Vauxhall drivers Duggan and Mattias Adielsson as well as Ford man Gus Greensmith. Finishing a valiant second, Sindre left Wales with the championship lead having played his points-doubling ‘Joker’ card. Furuseth also took the inaugural SORT Oil Spirit of the Rally Award on the Mid Wales Stages.

Electing to miss the Circuit of Ireland, the Norwegian notched up three podiums after a breakthrough win on the gravel of Scotland to secure second in the Junior standings behind an on-form Duggan.

“The goal at the start of the year was to win the title,” reflected Furuseth. “I worked hard over the last few years on my driving and pacenotes with my coach Olav Bodilsen to prepare myself for international competition. The plan was to win every gravel round and then learn the Tarmac at the end of the year. Mid Wales went well despite a few small issues, but the low point was the puncture on the Pirelli when I was in the lead. It was the same rock as Elfyn [Evans] hit, I think. It would have been nice to have beaten Rob [Duggan] on the Pirelli Rally to have kept the pressure for the championship on a lot longer. The Scottish was the real high point as we led from the start until the finish, and the Ulster was another step forward on Tarmac too as we set some good times to take second.

“Having only done events in Norway and Sweden, the BRC provided the perfect platform to broaden my experience. It is a good launch pad into European or World competition as it is very competitive and probably the best national series in the world with well-run events.”

Sindre will kick-start his BRC appearances in June on the iconic Ypres Rally in Northern Belgium, followed by the Ulster Rally in August. Furuseth also plans to attack the season finale on the Isle of Man.

“We have the experience and speed on both surfaces, and with the ADAM we have a great package to challenge,” he concluded. “I want to come and try and win all the Tarmac events next year. I cannot wait!” 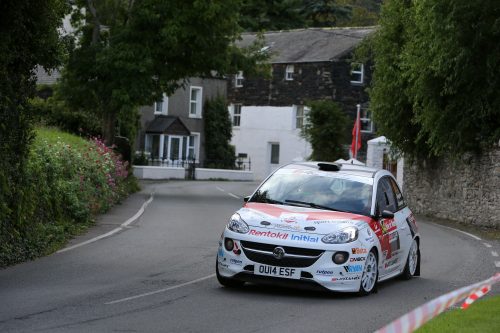