Ford and M-Sport register for the BRC

Global brand Ford will return to the BRC to defend its manufacturers title while M-Sport has registered to fight the teams award in 2017.

Ford has a proud and long association with Britain’s premier rallying series and after its success will be hoping for title number 20 in 2017. The title assault for blue oval will be spearheaded by M-Sport who will be after the lucrative teams trophy.

Leading the charge for the Cumbrian firm is the recently announced Keith Cronin. The man from Cork knows how to win titles, having taken the BRC crown on three occasions previously. Backing-up the Irishman is young-talent Alex Laffey who is hoping to progress further in the BRC in 2017, with the aim of scoring consistent points for himself and M-Sport in his second BRC campaign.

“Ford is the most successful manufacturer in the British Rally Championship taking the title no less than nineteen times so it is appropriate that one of the championships most successful drivers, Keith Cronin, will return to the series in a Ford Fiesta R5 in 2017.

“He has won the title on three occasions, the last back in 2012, and is the current Irish Tarmac Champion so he has got the tenacity and professionalism required to win a challenging championship such as this.

“I am proud that a fellow Cork resident will be competing in one of the most prestigious championships in rallying today. This year marks the 100th anniversary of Ford in Ireland and Henry’s ancestral home is also in West Cork so it is fitting that a driver from the locality will be defending Ford honours in the British Rally Championship this year.”

“The British Rally Championship has always been a cornerstone of the rallying community both nationally and internationally. Having won the title with Elfyn Evans last year, it was important for us to continue our support of the series and I think we have another exciting season ahead of us.

“Once again, Ford will be competing for the manufacturer title and M-Sport will also register in the teams’ championship. We know that the Fiesta provides a competitive package, and we’ll be looking to prove that once again by competing for some top results throughout the season.” 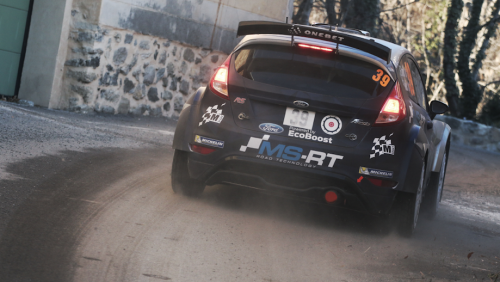