Ashley Field (Darrian T90 GTR+) and son Fred (Opel ADAM Cup) will join the BRC fray on the final two events of the MSA British Rally Championship calendar. The MediCell Sport Team will be competing in the National Rally Cup on the Ulster and Manx rallies respectively in Britain’s premier rallying championship.

The Darrian is a welcome addition to the BRC Service Park as it becomes the 13th marque to frequent the stages in 2016. The potent rear-wheel-drive rallying weapon will be force to be reckoned with in the hands of Ashley after a solid run in the Motorsport News Circuit Rally Championship this season.

“The BRC really appeals to me as the events and standard of competition is so high.” Explains Field senior. “ We had hoped to make our debut on the Circuit of Ireland but we are thrilled to be taking on the Ulster Rally in a fortnight. There are no championship expectations. If it is dry the plan is to push hard and compare the times against the top BRC runners in the National Cup and in BRC1.

“We have been to the Isle of Man before and shown good pace on the ALMC Rally earlier in the year as we were trading places with Desi Henry. We would have done better if it weren’t for the wrong tyre choices.

Son Fred is relatively new to rallying as he is competing in his first full season in the sport. The Ulster Rally will be the fourth event for the 22-year-old in his Opel ADAM Cup car and with the experienced Claire Mole sat alongside, the youngster will be out to not only compare times but build vital experience ahead of 2017.

“It is all about experience for Fred as we are possibly looking at the DMACK Junior BRC for him in 2017 and I would like to do all the Tarmac rounds in 2017 so this is just a toe in the water for more possibly next year.” 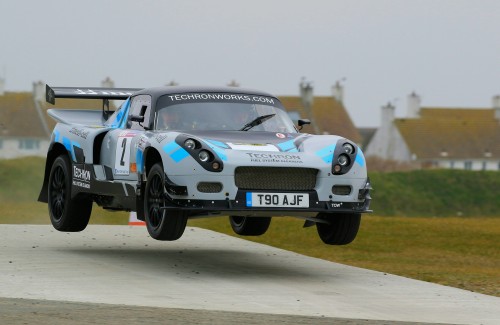