Final round showdown for eBRC

With three rounds down and one to go, the inaugural PCSpecialist Motorsport UK eBritish Rally Championship on DiRT Rally 2.0 is coming to an exciting crescendo, with the final round in Scotland taking place this week.

Last time out in Germany, the one-make Ford Fiesta R2T championship saw its third different winner as Archie Swinscoe took the spoils on the asphalt of Germany. The young-gun adapted well through the mixed conditions and scooped the 25 points to put him third in the standings. Finishing in second in Germany and now second in the standings is BRC regular James Williams who has been consistent through his virtual campaign. Alan Scott who won in Spain had a disastrous event by his high standards, as he could only bank eight points into his eBRC account. Despite the blip for the Scottish driver, he still leads by five points going into his ‘home stages’

Meanwhile, Matthew Hirst who won the opening round, could also only manage eight points. The Welshman who sits fourth in the standings, still has a chance of the title as the series returns to the gravel – his preferred surface.

How well are you getting on? Check out the full points table HERE

If you don’t think you can challenge the front-runners, don’t panic as we are running round-by-round social media competitions for the best videos as well. Make sure you follow the BRC channels on Facebook to find out more.

If you haven’t registered yet, there is still time. Open to all who hold a Motorsport UK licence or Trackside Membership. Those who are not a member of Motorsport UK can become one HERE for £19.99 by using the code EBRC20  – Not only will you receive 20% off the membership, you will also have access to exclusive Motorsport UK tours, factory visits and member benefits from major motorsport outlets and high street names.

Those wanting to upgrade their gaming and Esports set-up can do so by visiting pcspecialist.co.uk and by using the code: EBRC  – gamers can receive a discount for the latest PCSpecialist products.

BRC Championship manager Iain Campbell said, “The eBRC has really taken off during the COVID-19 situation. So far, we have had the best part of 600 registrations and nearly 100 points scores. We have had three different winners from three events and the points are very close throughout the field. We are delighted to have a title showdown on the season finale and what better place – Scotland. The guys at Codemasters have done a fantastic job of recreating the fast and unforgiving Scottish stages on DiRT Rally 2.0 and it will be the case of who can be brave and have the least amount of drama! Good luck to everyone taking part in the final round.”

Who will win the title? Only one round to go until we find out. 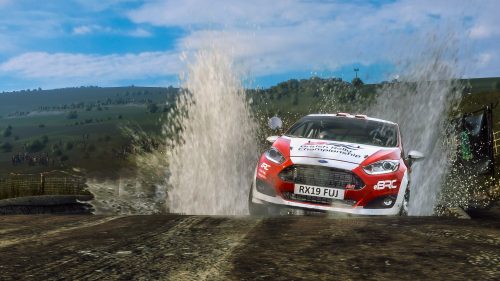