Evolution for Llewellin as he signals his British Rally Championship intent

The Hyundai Genpower Rally Team has been a staple of the British rallying scene and the outfit plan to step up into the British Rally Championship BRC2 class, with driver Roland Llewellin taking the wheel of a newly built Mitsubishi Lancer Evolution X.

Having spent the last few years successfully campaigning an Evo IX in the BTRDA and Welsh National Rally Championships, Llewellin and the team are keen to take that experience and pace into the new season.

“We are looking forward to the new challenge and a new car too. SW Motorsport are putting together a great machine and we can’t wait to get out on the stages.” Said Llewellin.

Sitting alongside Llewellin for 2016 will be Manxman Mark Perryman, who himself is excited at the prospect of a busy year.

“Doing the British Rally Championship is always something you aspire too, and being able to sit with someone with experience and pace like Roland will be great.” Explained Perryman.

Alongside the pairs BRC campaign they also plan to once again attack the BTRDA Championship and Welsh series.

Those going to the Autosport Show next week can see the new Evo X on the Hyundai Power Equipment stand (7510). 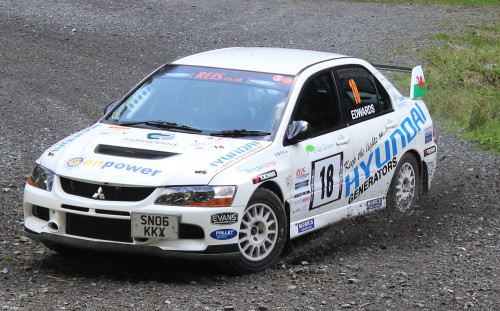