The MSA British Rally Championship is set to be broadcast throughout Europe on 2/3 December, with an extensive highlights show bringing the best action from the 2016 series into living rooms across the continent via Motors TV in Europe.

Britain’s premier rallying series enjoyed an action-packed return this year, with drivers from around the globe taking on the challenging seven-round series that travelled the length and breadth of the British Isles. With several European drivers at the forefront of competition, the international reach continues with a three-hour season review at the start of December.

“We are delighted that Motors TV will be broadcasting BRC highlights across Europe next month,” enthused BRC Championship Manager Iain Campbell.
“The comprehensive programme package really shows off the series to a new international audience. This further strengthens the BRC’s position as the toughest and best national rallying series in the world with its high-quality competition and challenging events in fantastic locations. With the inclusion of Ypres in Belgium for 2017, the BRC continues to grow its global appeal as we hope to see more international crews take on the best of British next season.”

The BRC enjoyed a comprehensive broadcast package in 2016 as it returned to free-to-air television, with Channel 4 offering packed 30-minute highlights shows of all seven rounds reaching over 1 million viewers this year. Coupled with the Channel 4 production, a bespoke one-hour programme was televised on BT Sport, the home of world-class sporting action.

Channel 4’s online catch-up service additionally has all seven rounds available to watch whenever and wherever. Head to www.channel4.com/programmes/motor-sport.

The new season will once again kick off on 4/5 March on the opening round, the Mid Wales Stages, with the inclusion of Ypres in northern Belgium to the calendar on 23/24 June. 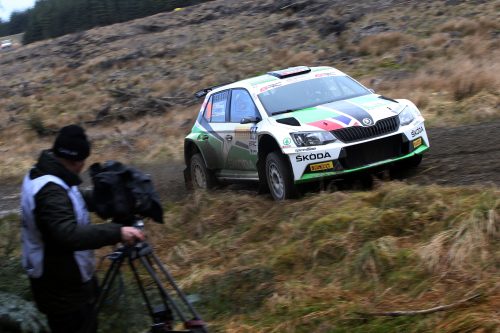