EDSL Sport – the new kids on the BRC block

Newly formed EDSL Sport are gearing up for the 2019 Prestone MSA British Rally Championship season as their exciting plans come to fruition.

The newest team in the BRC are hosting a test and open day at Walters Arena on Saturday 17 November and are inviting drivers to sample either the turbo-charged Ford Fiesta R2T or the Cadet Cup staple – the Ford Fiesta R2.

The Hampshire-based squad formed just before the last round of the 2018 series – Dayinsure Wales Rally GB and preparations are now underway ahead of the new-look calendar for next season. Just weeks after the final round, the team are already excited about the future. We spoke to Alex Waterman about the venture.

“We are incredibly serious about our plans for the BRC next year and that is why we are running this test day nice and early in the winter period. We appreciate for a lot of young drivers that it can be expensive to go and test an R2 car for 50km, so that is why we are offering this chance for drivers aspiring to step into the BRC.

“When I went to M-Sport in Poland to test the R2T last year it took me a while to get used to everything. When I actually stepped into one for a proper test afterwards, I felt completely up to speed with the workings of the car, so I could focus entirely on driving it rather than working out what button did what! This is what we want to achieve with this test – to simply give people a chance of driving one in a non pressured environment and to sample what the team has to offer.”

EDSL Sport has already garnered a strong set of credentials in its short existence.

“Our first event was a great success. From the outset, we wanted to do everything properly – so we spent a lot of time preparing the cars and ordered everything we needed well in advance so the team could take it up to Deeside so we looked like proper team and showed we meant business.

“We also did well on the stages. We helped Jordan [Reynolds] secure the Cadet Cup title and I had one of my best results. We had a solid car and that put us in a good position to be fighting for a Junior BRC podium. The only major problem was a puncture!”

With the new season kicking off on the Visit Conwy Cambrian Rally on the 15th February, take advantage of this early testing opportunity.

For further details and to arrange book your spot with EDSL Sport, contact Alex Waterman on either alexw@edslsport.co.uk or 07876631221 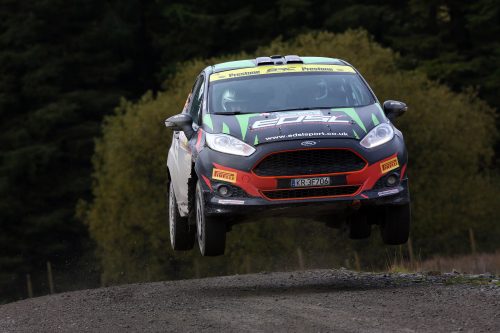