A popular and entertaining character around the many service parks that he visits, we managed to track down the Irishman for a mid-season chat. On the agenda, the challenges he faces in the WRC, what he makes of the current Junior BRC runners and that all important question, who will take his crown on Dayinsure Wales Rally GB later this year?

First up the Junior WRC, how has it been going for the man from the Emerald Isle?

“It’s been grand, it’s such a great experience for me to come to the JWRC. It’s an eye opener for starters as my pace is good and can be up there, but you need that experience, even at this level, as one small mistake could cost you places or your rally. It’s so quick and you have to be on you’re ‘A’ game right from the word go.

“The events are naturally harder than anything I have done before. For starters recce is two or three days long sometimes and it’s full on days with no time for lunch breaks or anything like that, so I have put a lot more time in away from the car to prepare for trips away, reece’s and treating it as a week long event not just the three days in the car for the rally.

“I have been pleased with our performances this year. Corsica was a blip as I made a mistake. I made a mistake on the rally but that was down to an error on my part on the recce. Sweden, Corscia and Portugal were great rallies to go and do but the one I have enjoyed the most was the last one – Finland.”

Rally Finland is a real classic – one of the must do events in the world. So how did the Ford Fiesta R2T driver find it?

“It was just brilliant. Fantastic roads, the spectators were so enthusiastic, it was top class. I spoke to Craig Breen before the event and he said – ‘imagine the jumps and crests in Ireland and multiply them by 100!’. It’s an event where you can’t come and dominate on your first go as you need the seat time and to build your confidence for the spectacular jumps and crests.”

With only one round of the JWRC left, Devine enjoys a small break – we spoke to him about the BRC and his stellar performance last year.

“If I hadn’t done the stepping-stones of the Irish, then the British series I would be struggling so much in the WRC. The pace in the BRC is at a very good level, and the top guys can go and do well in the level above. The BRC was the perfect place for me to develop as some of the rallies are laid out like WRC events. so the preparation, reece and competition really drove me on and prepared me well for the Junior WRC. Winning the title gave me the confidence but also leading and winning rallies as it showed I could hold my own against some really quick drivers.”

As a past champion, Callum is a man with credentials to talk about the class of 2018. So what does Devine make of those following in his footsteps?

“Well what a great little battle it’s turning out to be for the title once again. Steve Rokland always goes hard and he is one of the best young upcoming drivers in Europe at the minute. He will have the knowledge and experience to have a chance come Wales. But I have to talk about my boys as some of those are really surprising me.

“Josh McErlean is my man to watch on the Ulster Rally this year. In that little C2 last year he was quick but we never got to see what he could really do. When he had a chance on the Nicky Grist last year in a newer car he was rapid and to go and take second in Ypres on his first go – what a job. He could be my wildcard for the Ulster win and the championship too.

“James Wilson did a top job as well and he is like William [Creighton] last year, going about his own business and bringing the good results home, he could be there too.

“I think both William Creighton and Marty Gallagher started as favoutites this year and both desperately need a win. Will in particular may feel a bit more pressure as he won last year and the stages are closer to his home. Whatever happens it going to be a right battle!

“James Williams is in the ADAM which has really brought out his confidence this year and that will be the car to have for the next few events – but don’t take it away from him, he is very fast and will take it to the Irish boys this weekend, mark my word.”

So we have Devine’s tips for the Junior BRC win on the Ulster but what about the title? That’s where Callum was a little more cryptic!

“I think the Ulster Rally will be important for the championship race. New stages will create a level playing field for most and I will be coming along for look to see if my tips are correct! If I had to put money on it, four drivers will leave here with a chance of the title. Heard it here first!”

The John Mulholland Motors Ulster Rally gets underway this weekend on the 17/18 August. 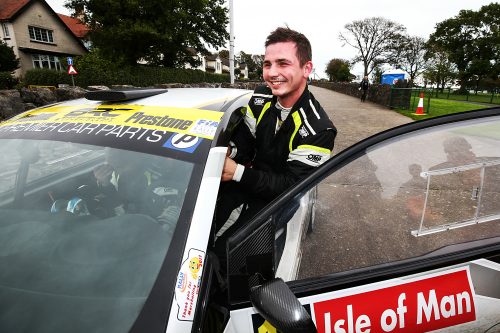