Desi Henry is set to return to the Prestone MSA British Rally Championship with his Skoda Fabia R5 for a full attack on the seven-round series.

The Irishman had a strong first season in Britain’s premier rallying series in the Czech four-wheel-drive machine, claiming three BRC podiums on his way to sixth in the overall standings in 2016 – setting stellar times on both the Tarmac and gravel stages across the British Isles.

“Last year we started on the wrong foot in Galway when we rolled the car on the first round of the Irish Tarmac series,” explained Henry. “ We had two weeks to re-shell the car ready for the Mid Wales Stages.

“The first time I drove the car on gravel was stage one so compared to last year, I feel a lot more comfortable! By the Scottish, our set-up problems had been ironed out and the results started to come to us. We even managed to set fastest stage times come the end of the year.”

The 2016 Irish Forestry Champion got to grips with the Skoda early on in the season and believes the great amount of seat time last year, helped make the Fabia the perfect weapon for the series.

“We are staying with the Skoda as we are really gelling with the car. The set-up now is spot on and we have undertaken a few updates and it has made the car quicker. I feel I am good across both surfaces and can adapt quickly for each event. I have a good team around me, a good structure and I am really pleased to have Liam sat alongside as we have a brilliant relationship. The boy is very professional and hasn’t made a mistake yet.”

With the absence of 2016 Champion, Elfyn Evans – Desi believes the fight at the front has been blown wide open with several drivers in the hunt for the title.

“In the second half of the year we took three BRC podiums and found a good strategy on events. The key is to drive quickly but keep the head and think long-term towards the championship finale not round-by-round. With Elfyn not in the series it will be really open. We want to be fighting for wins and be at the sharp end of the series by the Isle of Man.

With the new season comes new challenges and for Desi, the Irish star is match fit and ready for the fight and is looking forward to the year ahead.

“I enjoy my home events despite them costing us a good run in the championship last year! Ulster is the top of my list, being so close to home but I enjoy all of them as there is a real good mix this year on some world-class stages. Ypres in Belgium will be a challenge and one you have to feed yourself into and gain the experience before you can go really quick.” 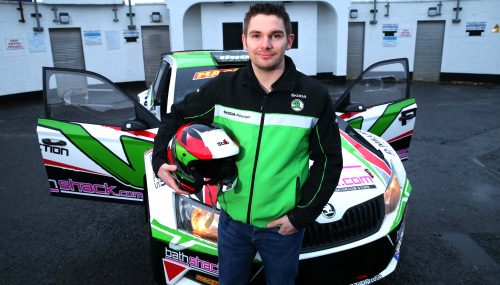