Cameron Davies has today launched his plans to enter the Prestone British Rally Championship with the Welshman electing to compete in the Junior BRC with a Peugeot 208 R2.

Davies won the DMACK Fiesta ST Trophy in 2016 and used the popular feeder series to launch himself into Britain’s premier rallying series.

“Last year we made the choice to come back into rallying and won the Fiesta Trophy which set us up nicely for a set-up to the British Rally Championship. The cash prize was a massive carrot but it was the strong competition it offered – that’s what made it really appealing.

“I want to bring my driving on even more, and I think the BRC can offer that with its wide range of longer events, the chance to recce and do a round in Europe. All of which are the tools I need to progress my rallying career.”

Leaving the Ford brand, Cameron heads to the Peugeot marque for his 2017 Junior BRC assault.

“Once I won the Fiesta Trophy I set about looking for the next best overall package. There were only two options with the Opel ADAM and Peugeot 208 being the best two cars on both surfaces. The 208 has a great amount of power and handles really well and the backing and support you get from the manufacturer, helped sway my decision.”

Davies is ready to make the step up to the junior series and is hoping to mix it with the best young talent around. Davies will have a new co-driver in 2017 with Caron Tonlinson, calling the notes for the 22-year-old.

“Ultimately, winning the championship would be mega, however, there is still a lot to learn. I hope to learn quickly and make sure I get on the pace of the front-runners. I feel like I am ready for this and have not run before I could walk as I have done all the junior series on the way up. I cannot wait to go to the Isle of Man in a proper rally car. It’s a dream I have wanted to tick off and I very much look forward to the challenge.” 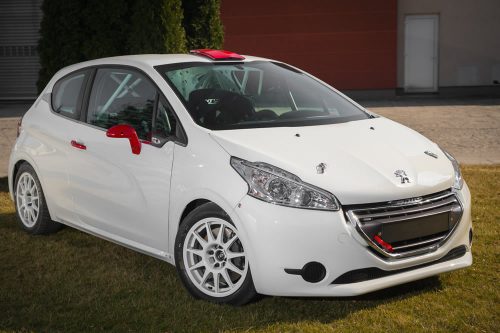