The West Cork driver has signed a contract with the tyre marque to contest the four gravel rounds of the series, beginning with the Nicky Grist Rally next week, plus the season-closing asphalt surface Ulster Rally in November. His return will see the popular Irishman aim to scoop a fifth title – a feat only achieved by Jimmy McRae in the 1980’s.

Cronin will return to the Ford brand for the first time since 2017 which will be run by NPL Rally Hire and Preparation, and joined by co-driver Mikie Galvin, who guided him to his most recent BRC title that year.  Cronin is no stranger to the Championship, having first won in 2009 in a Mitsubishi before scooping the 2010 title in a prize-drive Subaru Impreza.

As the series made the switch to two-wheel-drive, Cronin proved his worth in any machinery by winning again in 2012 before heading to the Junior WRC. The new-look BRC returned in 2016 and Cronin was eager to secure a win against the latest generation R5 machinery and he duly obliged, taking the 2017 title in a nail-biting final-stage battle on the Isle of Man.

“The car will start in full Hankook livery on our excellent latest generation rally tyres” says Manfred Sandbichler, Hankook Motorsport Director Europe.  “I know what the driver and his co-driver are capable of, it’s a highly competitive team and therefore I am particularly pleased that they will start the British Rally Championship with Hankook support. The level of driving is very high and we are competing in a very strong series”.

Mindful of the fact that he has been away for the sport for some time, Cronin remains grounded as regards his hopes for the season: “I haven’t competed in a rally since 2018, so my expectations must stay realistic, the main priority of the programme is to develop a new generation of Hankook’s gravel tyres.  That said, I’m really looking forward to getting back out and I’m very grateful to Hankook and our other supporters for this opportunity.”

He has had previous successes on Hankook tyres, finishing the 2007 Irish Forestry Rally series as vice-champion early in his sporting career. 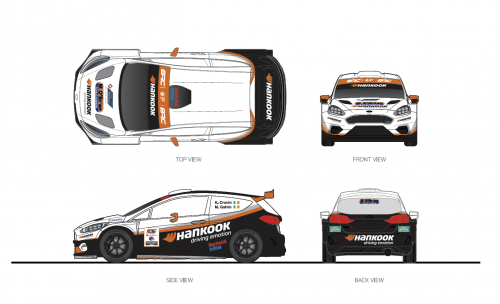 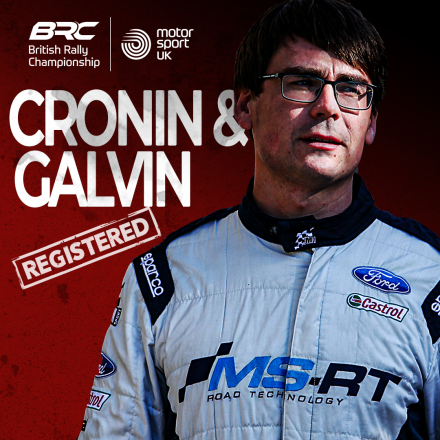